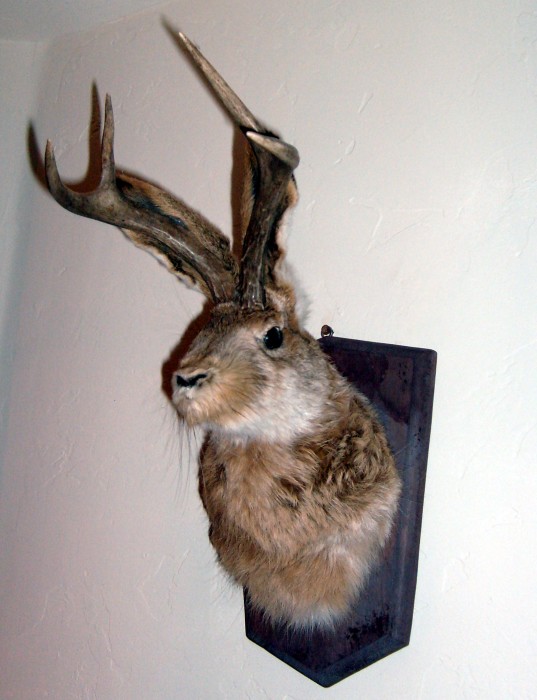 A jackalope is a hybrid critter that is part jackrabbit and part antelope. They are found primarily in the West and parts of the Southwest. They are fierce animals when provoked, sometimes referred to as warrior rabbits, willing to use their antlers to fight, however they tend to be shy and elusive. Jackalopes only mate during intense thunderstorms. It is said that the females sleep belly up and can be milked, the milk being good for all kinds of home remedies. It is also said that jackalopes can imitate any sound including the human voice. In the days of the old West, when cowboys would gather around campfires to sing, jackalopes could often be heard mimicking their voices.
The best way to hunt a jackalope is to leave out a bowl of whiskey at night as an intoxicated jackalope is easier to catch. In the state of Wyoming, hunting jackalopes is only allowed one day a year, June 31.