A 110 proof beer, the world’s strongest, was launched Thursday by a British firm selling the tipple for $762 a bottle.

The blond Belgian ale, named The End of History, is an astonishing 55 percent alcohol by volume (ABV) and is presented in a case made from stuffed animals, including stoats and squirrels.

Made by BrewDog, based in Scotland, the beer is infused with fresh juniper berries and nettles from the Scottish Highlands and was developed using an extreme freezing technique.

Hundreds of pints of beer were used during the process, which was repeated dozens of times to produce just enough for a 330 milliliter bottle — hence the record breaking cost.

James Watt, the company’s co-founder, said: “This is the beer to end all beers.”

BrewDog drew criticism last year over the launch of a 32 percent beer, which was later trumped by a German brewery that produced a 40 percent strength liquor — BrewDog then created Sink The Bismark, at 41 percent.

However Watt said The End of History was made to offer beer drinkers more choice: “We want to show people there is an alternative to monolithic corporate beers, introduce them to a completely new approach to beer and elevate the status of beer in our culture.”

He said the first two bottles were sold to a beer fan in Denmark. 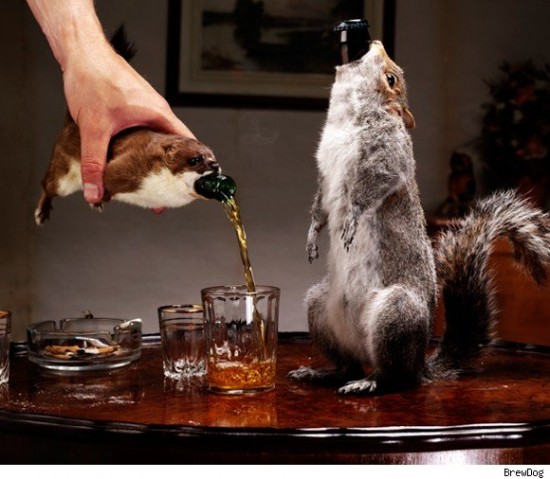