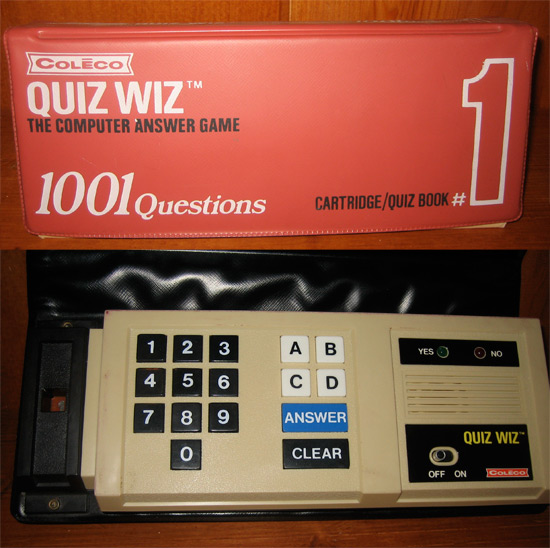 Most people have a laptop or desktop computer and, if they’re lucky, a few terabytes of storage. I have 42,000 terabytes, the ever-growing result of owning one of the first networked houses in LA and being terminally digital dependent. I put the network in in 1991 when I connected all of my then three Macs and got online. This was still in the day when 97% of the world’s population and 99.9% of the entertainment industry either never heard of the Internet or thought it was the dorkiest medium possible and would “never catch on”. But I was clear that for me it was the road to ultimate self-expression, a way out of being under the thumb of media conglomerates who controlled when and how I could express myself via my career. I was always a vociferous documenter and archivist so once that network went in my house it grew by leaps and bounds to this very day when my “laptop” looks like this: 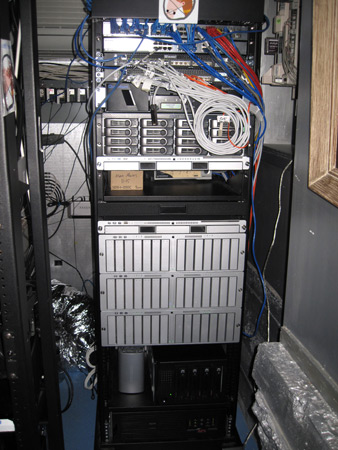 As such, I oftentimes long for the simple days when the Coleco “Quiz Wiz” Answer Game was the only commercial computer around. Although even this gadget intimidated me when I got it in 1981 so I have no idea what gave me the confidence to attempt to maintain 42,000 TB and counting. But for the past 20 years I’ve been a slavish enabler to this gangling system that could run a country. And, in fact, the country known as Willis Wonderland ground to a screeching halt when the backup battery failed last night and shorted out the whole network leaving me with no connection to anything – my files, the Internet, i.e. my life. 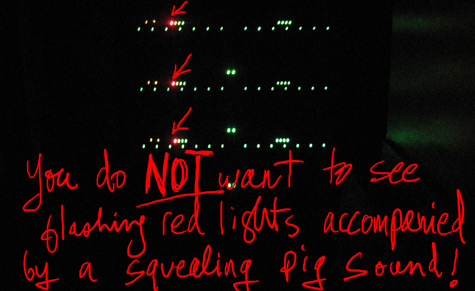 The “Quiz Wiz” only required that multiple choice questions be read out loud from the quiz book that accompanied it, and answers by up to four competitors be given by pressing the big fat A, B, C or D buttons. This is what I call easy computing.

As an answer to question number 906, the hottest part of the earth last night was in my server room, known affectionately as The Submarine because of its tin covered walls and lit portholes, because when my network hit the dust so did the air-conditioning.

As the correct answer to question number 615, based on the fact that a backup battery could cause the failure of the system it’s plugged into to protect, my answer is “all”.

Although I’m not a sports enthusiast I know the answer to question 508.

And I have all of these answers down cold:

The Coleco “Quiz Wiz” represents the kind of computing that my overstuffed brain hallucinates about me embracing again. I know that will never happen and at least things like my iPhone, iPad, and maintaining a blog give me some freedom from the machinery I’ve hitched my star to since buying my first Apple Macintosh computer in 1985 and paying my secretary to to copy and paste things into it that I meticulously typed out for her to enter because I was so scared of it. By the time I bought my first PowerBook 170 the day it came on the market in 1991… 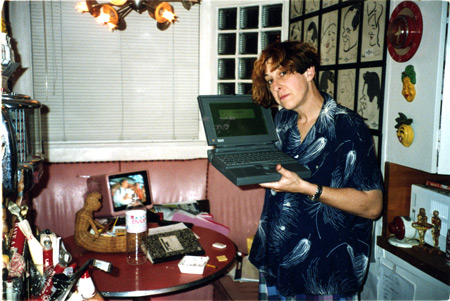 … my life and pocketbook were already being run by my network. Sometimes I wish it were being run by the Coleco “Quiz Wiz”.