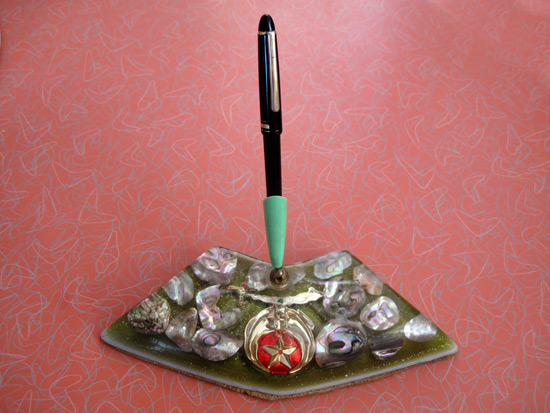 Made of abalone shells sunk into resin with a big gold and red Masonic crest stuck smack dab in the middle, this kind of pen holder was all the rage among 1950’s and 60’s crafters who plopped anything and everything into the gooey hardening stuff to preserve it forever. Seashells were one of the most popular kinds of sunken treasure, right up there with butterfly wings and pennies. 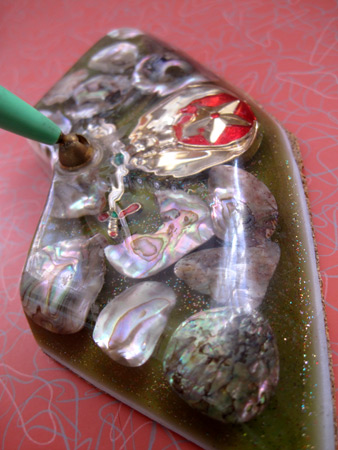 I was never a one pen person, to this day misplacing them almost every time I take a break from writing and put one down. In my pre-computer days, before 1985, I used to have an array of these resin writing mates lined up on all my desks so at least ten writing implements presented themselves before me at all times. Though I had already begun my digital digression by the time I found this one, it was a must to buy as I love any product that has the Masonic or Shriners or whatever that circle and star thing/crest is on it. I have toiletry sets and salt and pepper shakers with it emblazoned on but my seaside pen holder is absolutely one of my favorites of the ilk. 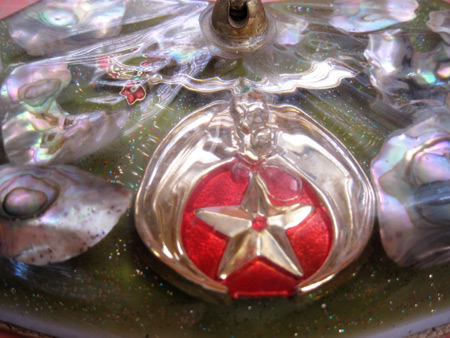 A lot of times, crafters are too lazy to cover the bottom of their resin creations. The action’s all on the top and the bottoms are left to scratch tables and chip until the whole piece cracks. The Masonic shell freak who made this one was not one of those to take shortcuts and adhered cork to the underside of his construction. 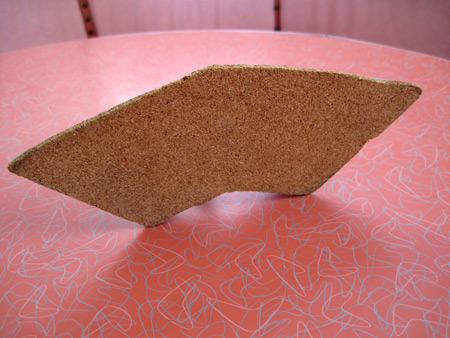 Which is great because this honey gets moved around a lot. It’s also like a big Tetherball pole to my cats who bat it back and forth until the pen finally flies out to join the legions of others that collect under my couches for their 4 AM playground breaks. 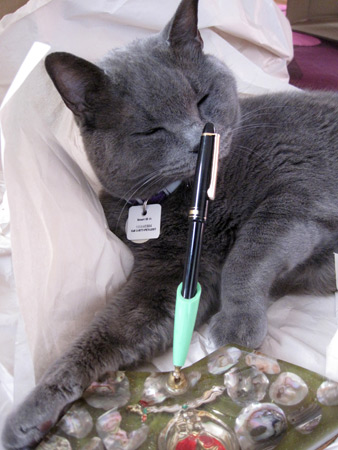