Being convinced that the rocky mountain rhino was rare, I was confident in the kitschiness of my first post when the sighting was made in Evergreen, Colorado. But to my utter amazement, this week I stumbled onto yet another one, this in downtown Sheridan, Wyoming. Of course I was sad to see that two of it’s 3 birds had been broken off at the feet. 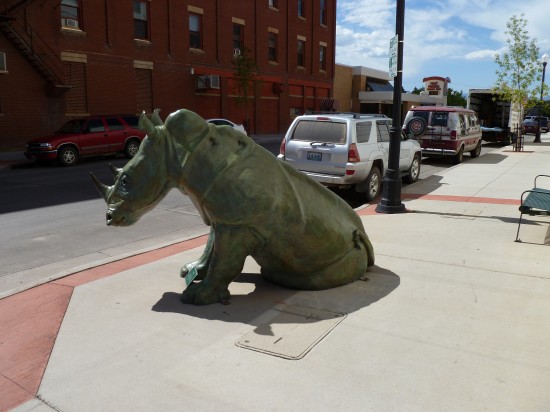 (This was the rhino in Evergreen Colorado from an earlier post birds still intact.) 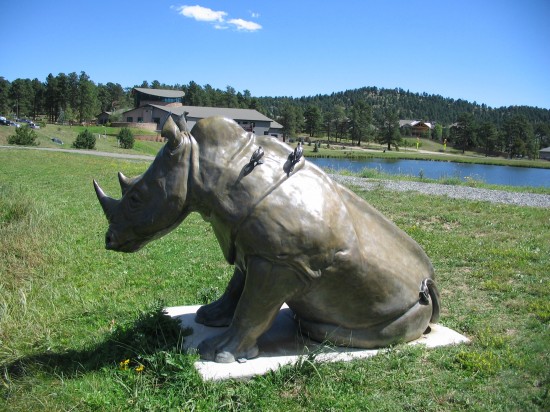 My findings make me believe that because in the Rockies they are so rare, one does have to assume they’re related by blood.

While I was in Sheridan, I decided to take a little photo tour of the downtown area, hoping to find some interesting sights. Many, it turned out, were within 1 block of the new rocky mountain rhino find.

I love this art deco building called “New York Store.” Stevens and Fryberger, the Dry Goods store, began in this building in 1908. The main floor is vacant now, but I’m told the upstairs is “cool lofts.” I just felt some irony in a building in Sheridan, Wyoming with this name, with cool lofts. To see them, click on this: http://activerain.com/blogsview/1097458/the-new-york-store-35-north-main-street-sheridan-wy 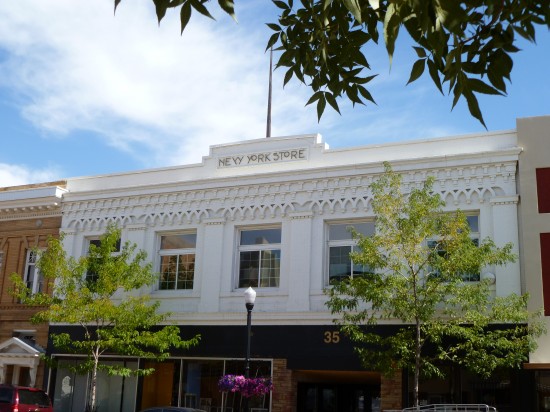 The purple marker on this map shows where Sheridan is. I was told the population is about 15,000. 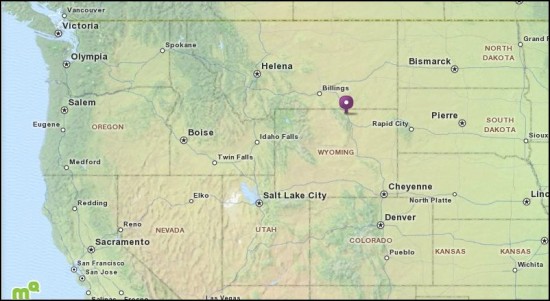 And there was the “WYO Theater, which I thought very cool. It opened in 1923. I was too timid to ask anyone if it was just short for Wyoming, or if it meant something else. I loved the style, it’s been recently redone and is the venue for live theater in downtown Sheridan. 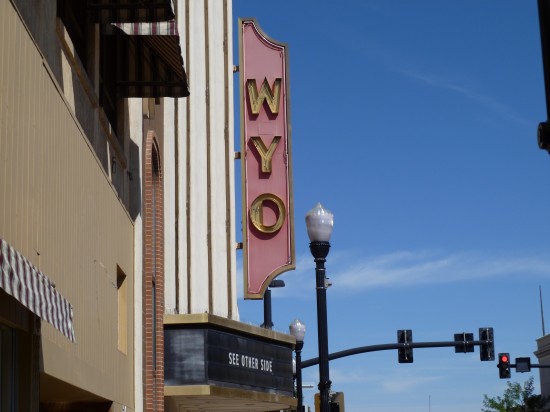 A front shot of the “WYO.” I love the economy of words they’ve decided on. I don’t think I’ve ever seen a marquis that said “SEE OTHER SIDE.” For information on the history, as well as a cool night neon shot, go to: http://www.wyotheater.com/history.html

Finally, and again, within one block of all the other attractions, sat a bar with one of the coolest neon signs I’ve ever seen. 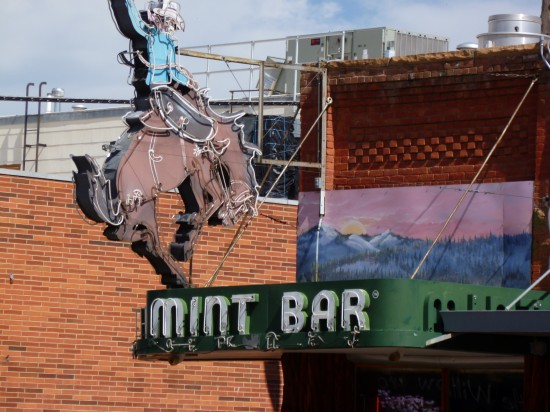 Here’s a picture of the neon at night I found on one of the Sheridan web sites. And of course, this was the bar that Annie Proulx sat in when she received her inspiration for writing the short story that became the movie “Brokeback Mountain.” 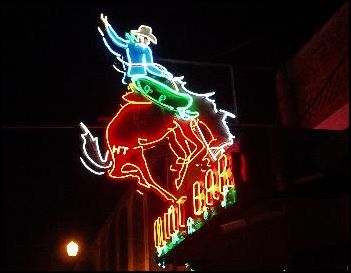