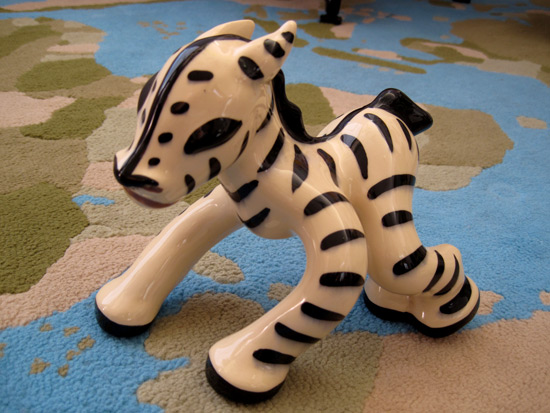 For the last few months I’ve been holed away in the creative jungle known as my desk trying to complete a long-distance collaboration with Pomplamoose, the YouTube sensation band I collaborated with after I saw them do a highly unusual version of my song, “September”. With “Jungle Animal”, a song and video we worked on together, as well as an online game that I whittled away at myself, theoretically just hours away from release, I thought that this off-kilter Atomic 1950’s zebra, knees buckling but still standing, was the perfect visual representation of what one feels like when they emerge from as intense of a workload as this.

Before this project, my connection to jungle animals was confined to those in my kitsch collection. Much more of a cat, dog or goldfish person, I certainly appreciated jungle animals but didn’t really come to love them as much until I had to stare at them over the last few months in order to do the artwork for the video and game. 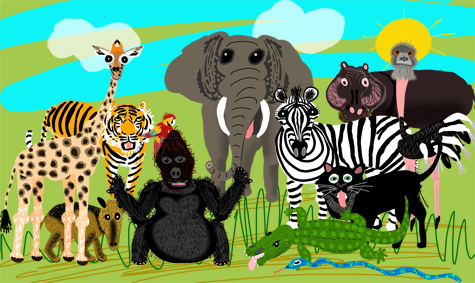 I even opened a Jungle Animal Petting Zoo at my social network, The Allee Willis Museum of Kitsch at AWMOK.com, so I would have more animals to study. I can see all the anatomically correct models I want with a Google search but I was more interested in how they’ve been interpreted via pop culture artifacts. For example, I learned a lot from this “dreamy tiger” submitted by aKitschionado Nessa. 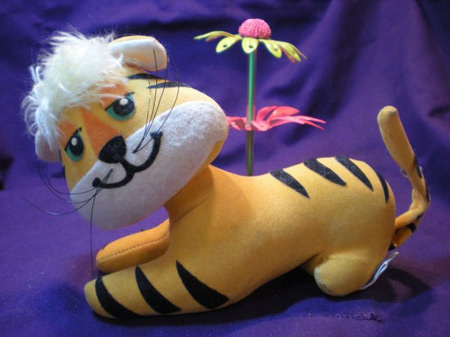 And staring at this slightly blurry rope lion submitted by omahamama…… 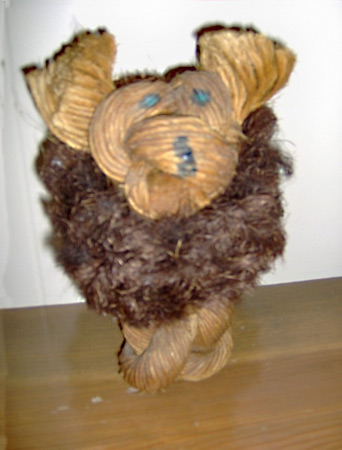 ……provided for my interpretation of the king of the jungle: 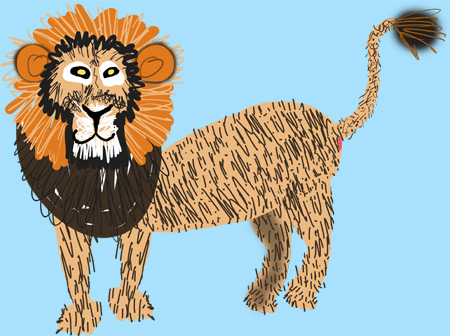 And God knows, I’ve been staring at this zebra for years. 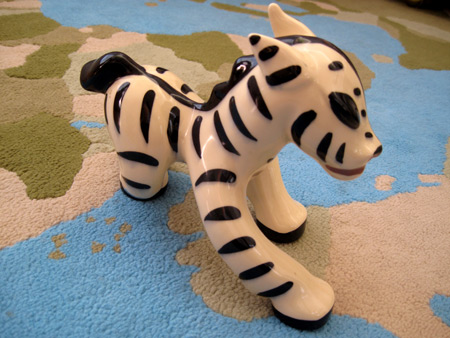 Long one of my favorite ceramics I’ve ever owned, this spectacularly Atomically tilted 1950’s zebra originally had a mate, a perfectly-tilted-the-other-way zebra. They really were the best set of jungle animals for my taste I’ve ever seen. Both of them were quite heavy, filled with sand so they were sure not to fall off a shelf unless an earthquake of astronomical proportions hit. Unfortunately, that earthquake arrived in the person of someone I was interviewing to be my assistant who dropped the zebra carrying it to my car where I was about to leave to art direct some rock video. Needless to say, that was the end of the assistant, who I was much happier to lose than the zebra.

When it came to “Jungle Animal”, I stayed up for weeks painting. 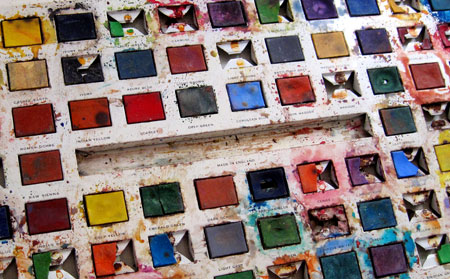 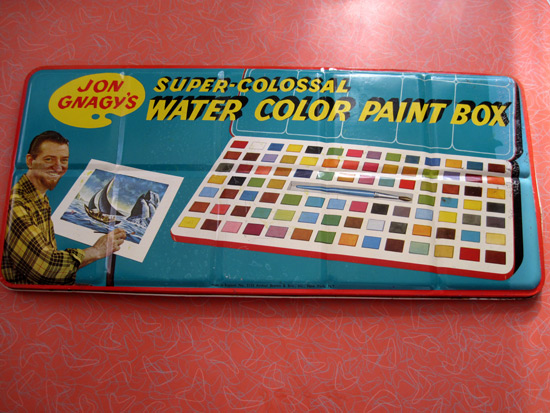 Perhaps if I spent less time growing up watching American Bandstand and more watching Jon Gnagy, the first television art instructor in the 1950’s and 60’s, I might have understood that despite the fact I think this looks dead-on like a real hippopotamus others might not. 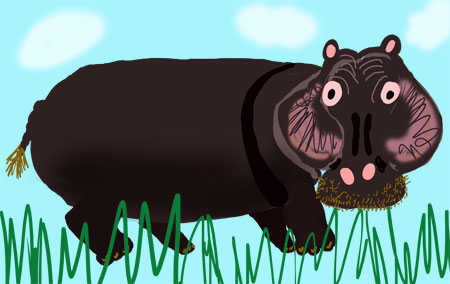 The person who designed my favorite zebra was definitely not thinking about interpreting an animal of perfect zebratude when he sculpted and painted this: 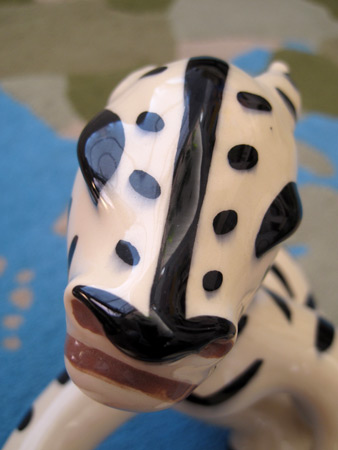 Pound for pound, I think my zebra looks more like the real thing, though not as much as Jon Gnagy might have hoped for. 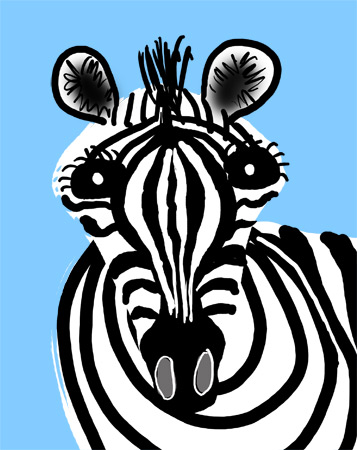 I can’t tell you how many years I wasted not being an artist because I was so hung up that I couldn’t draw anything exactly as it was. It took me decades to realize that true art is all about personal style. It’s about having the balls to show your stripes. 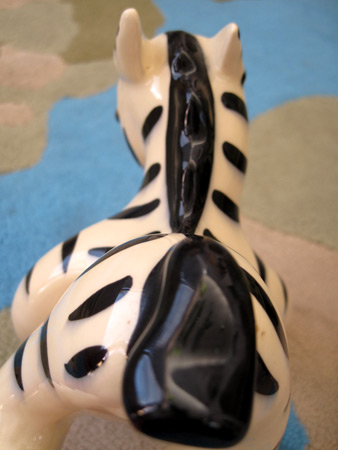 “Jungle Animal” was a very challenging collaboration for reasons I’ll one day be ready to talk about. But if there’s one thing I’ve learned from painting and animating all these jungle animals, not the least of which was inspired by this full tilt zebra who, despite all odds, continues to stand up straight, it’s that with integrity and perseverance one can not only survive in the jungle but thrive. 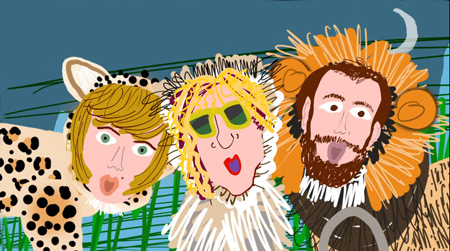 (“Jungle Animal” is supposed to be up on YouTube at 1 AM tomorrow morning, the 21st of September. Ba-de-ya!)