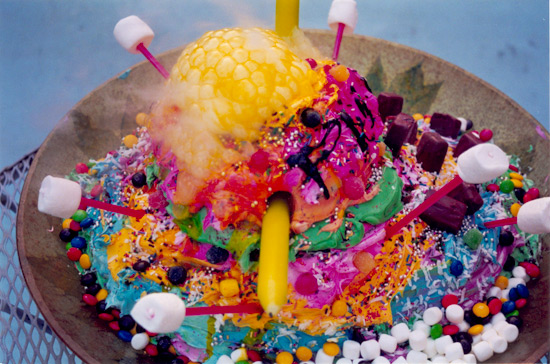 Yes, my birthday’s today and were I’m not so lazy and overworked that would mean it’s time for me to make one of my signature spewing fire and lava volcano birthday cakes. Ranging from a foot to four feet wide and anywhere up to 25 pounds and two feet tall, these overdosing towers of junk have accompanied me rounding the bend to another year ever since I first saw a commercial for The Special Effects Cookbook in 1992. 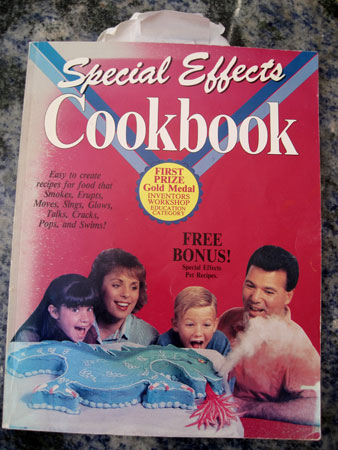 The real recipe calls for a nicely constructed “lifelike” looking volcano, but I’m an artist and into Kitsch so it should be no surprise that my cakes are hulking, unrecognizable lifeforms wayyyyy out of the realm of what the cookbook author had in mind. 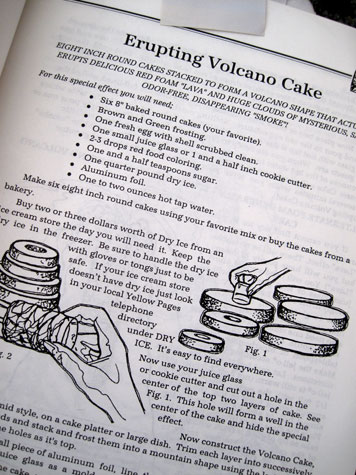 My version is made of up to 10 layers of anything I want – vanilla, chocolate and cherry cake, chocolate chip cookies, brownies, Rice Krispy treats and any other foodstuffs appropriate for celebration, surrounded by Jell-O or whipped cream and accented with Snickers, mini marshmallows, sprinkles, multicolored frosting and flaming sugar cubes-soaked-in-almond-extract torches, from which spews lava made from eggs, water and dry ice. In the 17 years of cooking/sculpting/drilling these things, even the most vegan amongst us ends up with their fingers plugged into this heart attack mound of sugar stuff. The cake is big enough that guests can easily locate a germ-free area in which to do their excavation. Here’s my Birthday ’94 Volcano before it blew: 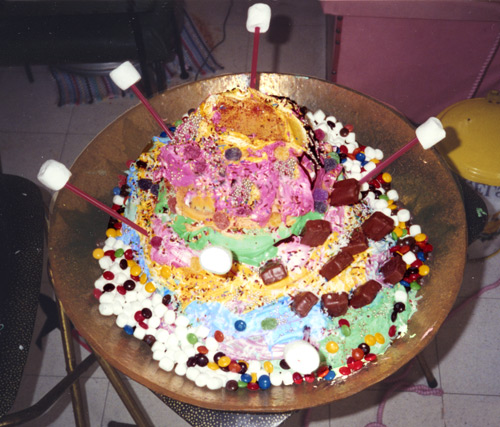 And here’s the first Volcano cake I ever made in 1993: 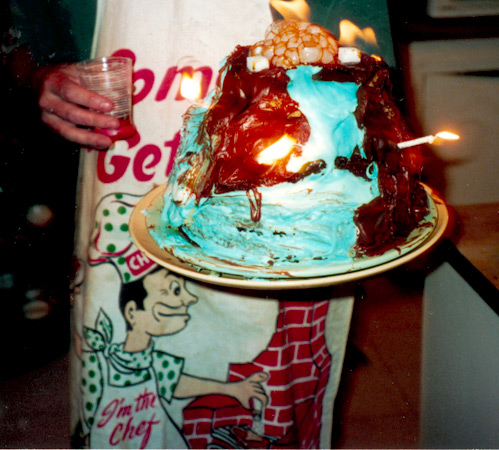 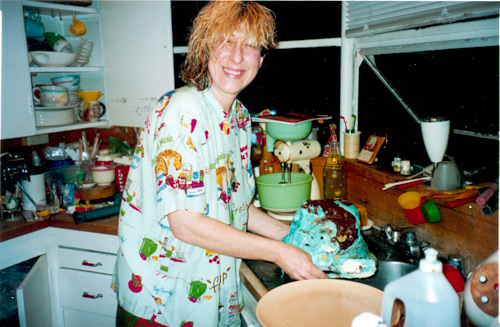 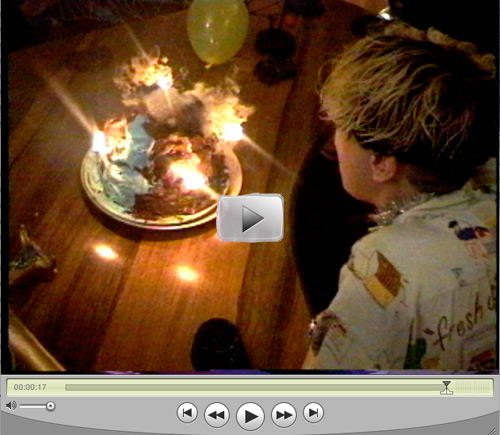 Here’s me making a second 1993 lava spewing dragon cake in case my first volcano was too small to feed all my guests. A drill is one of my most necessary kitchen utensils. 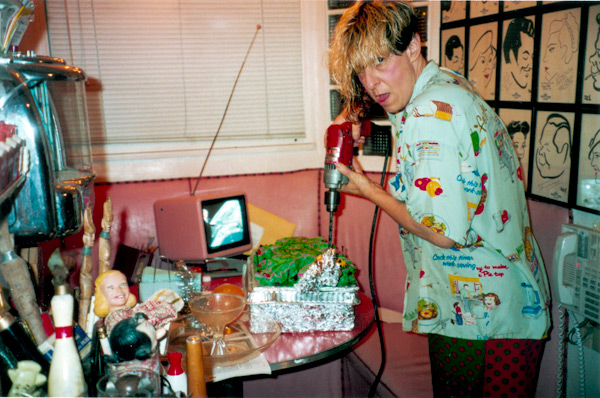 Here’s my Volcano Birthday cake, 1997. Rather than stack four cakes on top of each other and risk an avalanche, or whatever it would be called if a volcano tipped over, I erected a mountain range. 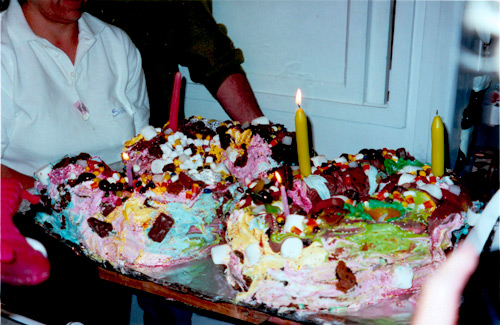 I won’t be baking any Volcanos this year because my friend, Charles Phoenix, is baking me one of his signature Cherpumples, three pies stuffed into three cake and presented as one. A most happy birthday to me!!