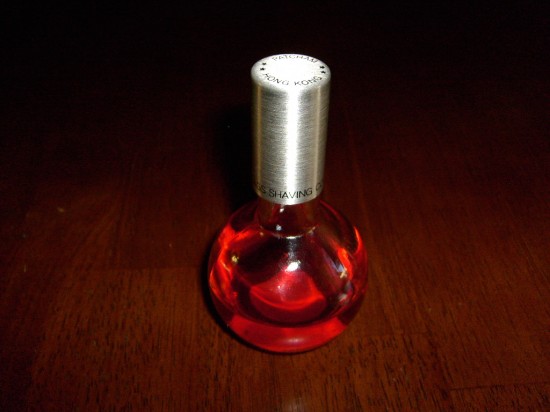 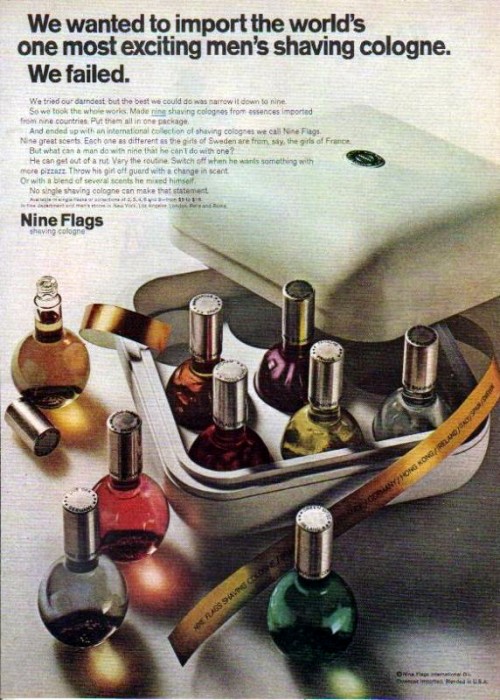 The Nine Flags men’s cologne collection first came out in 1965 and sold well into the early 1970’s It was distributed by the Colton company of Boston, Massachusetts and was marketed by Gillette in the United Kingdom. The cologne came in small round ball shaped bottles with long necks and brushed aluminum screw caps, and they were sold individually in styrofoam containers or as a full collection in a plastic case. Each bottle held 2 fluid ounces of cologne and were named after a different country, each country with it’s own distinct scent and tinted color giving the cologne an international flair. My personal favorite back in the day was Hong Kong – Patcham, a wonderful spicy scent in purple (which can be found once in a great while selling on ebay for as much as $350 for a full bottle). I have never found a scent like it (Joop! being the closest, but not really the same). I bought this bottle of Patcham (half full) at a swap meet ten years ago for $1!!!!!! I guard it with my life, only wearing it on very special occasions.