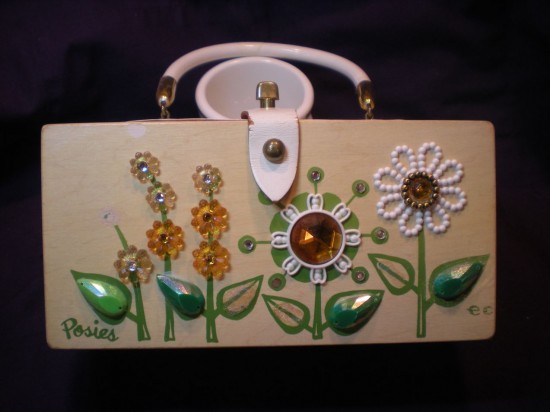 Seeing Allee’s fantastic Birthday-present Box Bag with the owls on it made me think of my own Enid Collins bags, of which I have three. This was my first bag, “Posies,” which I rescued from some flea market as a teenager. It’s missing stones as you can see.. I have them all in a ziploc bag somewhere, but they’ve been misplaced .. so I haven’t been able to re-glue them. 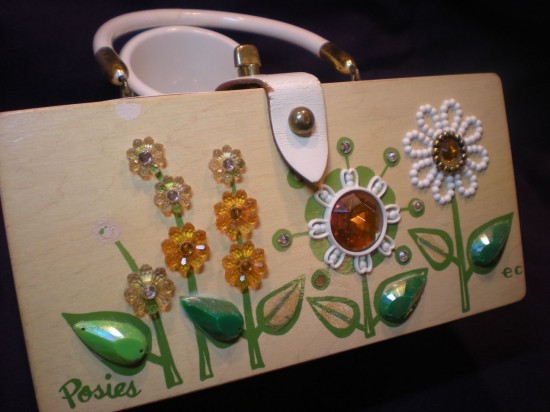 I was always amused how the leaves have detail even though the stones cover them up… I also like how the stones have holes for sewing them on, even though they are glued. It’s kind of beat up so I’ve never minded carrying it as an actual purse.

I carried this bag a lot in Jr. High and High School, a mistake for which I was mercilessly taunted (for that and a million other things).. until I got to art school in college and people thought my bag was awesome instead of dorky and worthy of contempt. 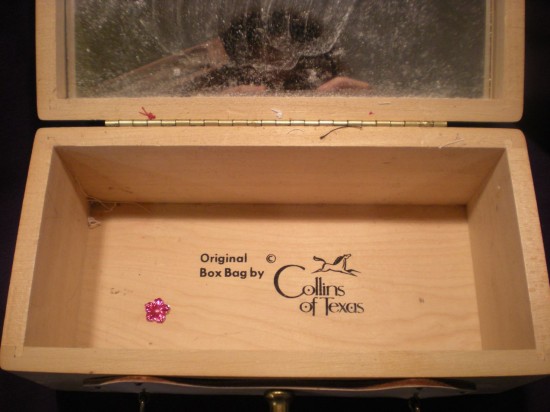 Excuse the thready bits and dust, I now use it most often as a sewing box.