As Thanksgiving week is upon us I will never forget the trauma of being invited to Luther Vandross’s Thanksgiving Day dinner and having to leave before the smothered turkey was ready, only to arrive at my next destination and having a plate of salmon plopped in front of me. NEVER put a fish in front of a Thanksgiving guest unless you warn them first if you ever want to see them again! In that particular case, I developed a sudden headache and left just as quinoa and tofu were about to hit my plate and headed back across town where the table was flooded with the best holiday soul food fixins my stomach ever had the pleasure of ingesting. I bring up this story not just because I’ve learned to make sure the menu is Thanksgiving appropriate before I accept an invitation but because Luther and I often discussed the fact that Mahalia Jackson had a cookbook and how great it would be to make a total Mahalia Jackson meal. 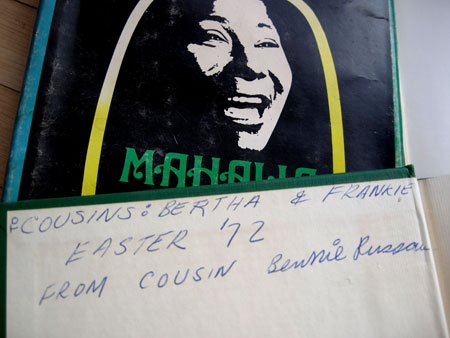 Unfortunately, the only turkey in Mahalia’s cookbook is for pot pie. But many other festive recipes abound. 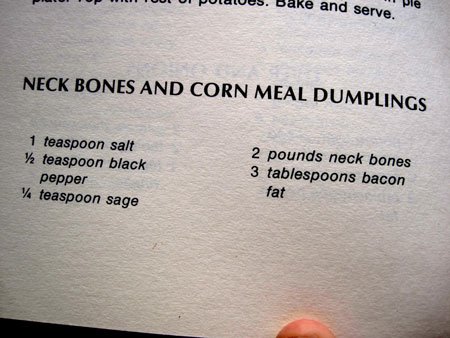 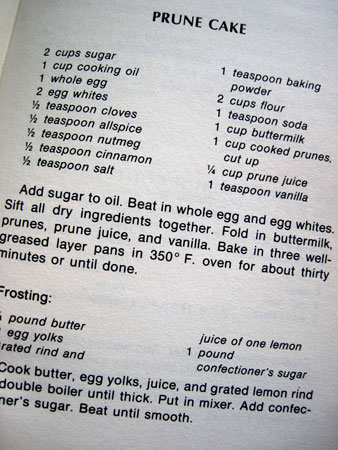 All the photographs are fantastic, none of the actual food itself but, rather, of Mahalia performing cooking tasks in excellent outfits. 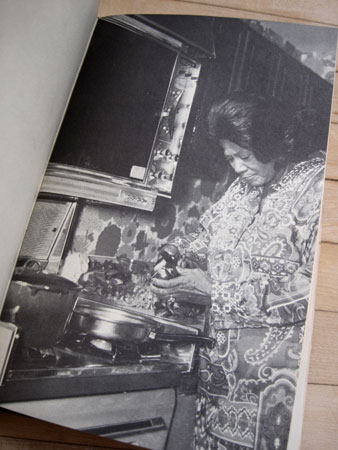 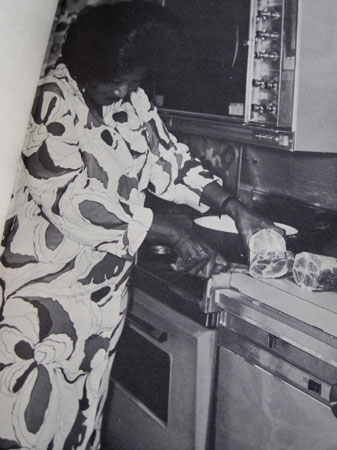 We even learn how to turn the oven on… 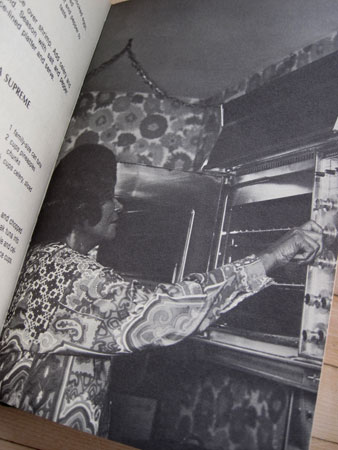 … and open the oven door. 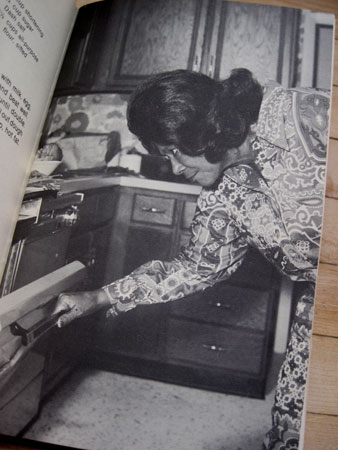 The excellence of Mahalia’s bouffant is clearly evident in the photo above. As such, I wish Mahalia’s head was lit better in this photo so it didn’t look like it was part of the kitchen cabinet: 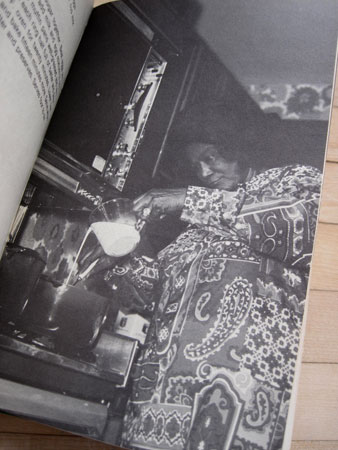 Mahalia also offers some kitchen tips, though I’m not sure how much I would trust the cook who’s concerned about either of these while cooking:

I have a lot of work to do today. Otherwise I might spend it trying to find the perfect recipe to make for the person who force fed me salmon one Thanksgiving. Maybe this… 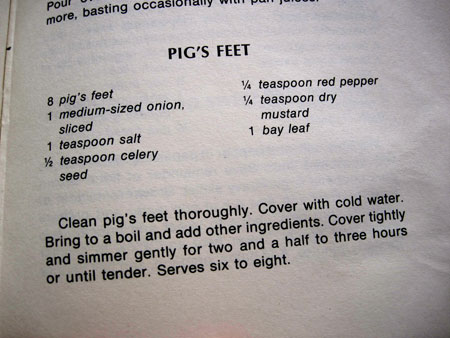