Would it be possible for Allee to knight folks for kitsch factor, somewhere near the head of the line waiting fot the shoulder tap of her glittered baton would be one standout who’s probably never tasted a cherpumple or owned a golf-ball poodle sculpture: The Man with the Tan, Mister George Hamilton.

We all have our strange role models, and mine as a child was George. Even when federal desgregation bussing meant trucking half an hour to Booker T Washington Middle school every morning, I boarded the big yellow bus many a day in blazer and tie, cheerily whistling fifty year old standards while making sure no young ladies had to stand on the mornings we were overcrowded. I was gonna be stylish and civilized like George if it killed me, no matter how many times I had my shoes thrown on top of the gym by jeering kids in tee shirts.

Behold the recently published autobiography of the icon himself before I go much further.. 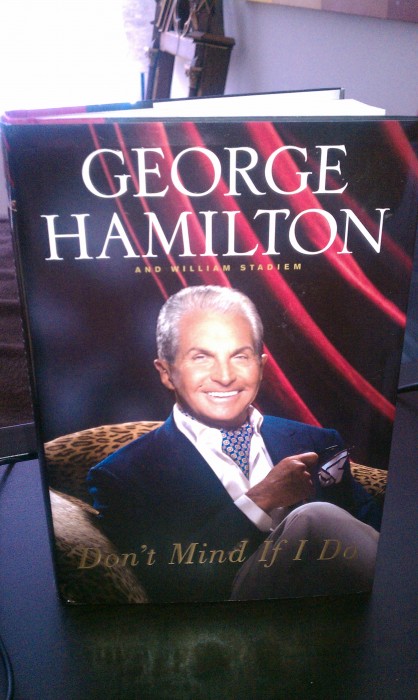 Ah, that knowing smile, that smart pocket square… I have about twenty years to go before I can get away with an ascot, but I’m so there.

About half a decade back, I finally got to meet George when I worked in the story department on Dancing With the Stars. Brian Gibson and I divvied up the celebs at the start of each season and I lucked out on the chance to work with my old hero, who was joining the show not long after he’d sustained a knee injury that I’d heard was either the result of an onstage fall or an awkward leap onto a yacht. I sooooo wanted to believe the latter. 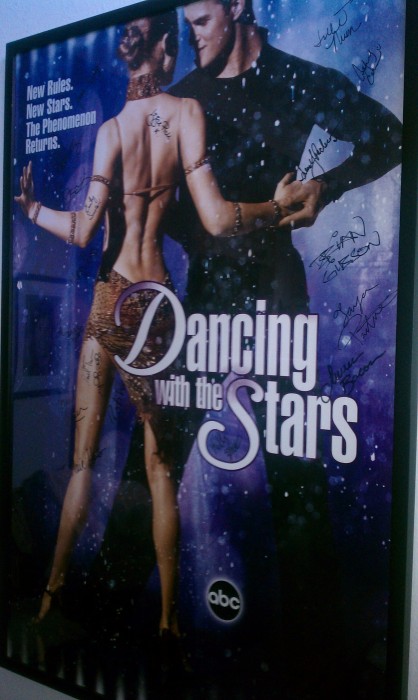 Each week, I had the pleasure of helping to plan and later edit the rehearsal packages that aired just before each week’s performance. George was game for anything as long as the audience knew he was in on the joke. How else could George and his partner Edyta wind up hunting for his inspirational animal totem at the zoo, for example? After proclaiming that “they can’t beat us with a snake” as Edyta uncomfortably handled a python, George settled on the animated Sifaka monkey that week (an animal which sounds even funnier when you factor in the lovely Edyta’s charming Polish accent).

George had a blast just as we all did watching him. He danced in his Zorro costume, as a gangster, as a dinner-jacketed bon vivant. He put on a real show… always with that same over-the-top, contrived, kitschy wonderfulness that I’ll never forget.

Someone’s put one of his performances (and my favorite package) up on YouTube. I’ll repost it here, citing fair use.

11 Responses to “By Her Majesty’s Kitschy Request: George Hamilton”