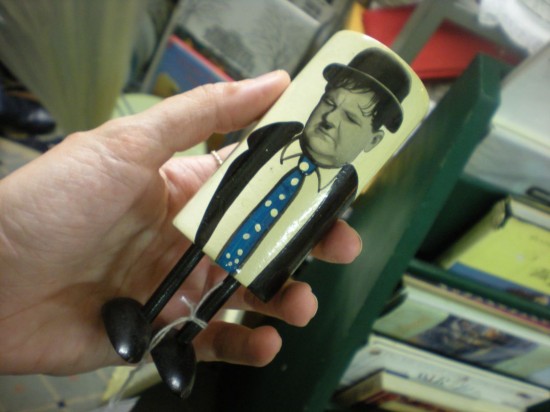 I took pictures of this at an antique shop the other day… at $32, the price was a little too steep for my wallet, though it might have been a bargain. I had to share it with you. At first, it’s just a weird paint-and-decopauge wooden doll-like thing with a rather care-worn Oliver Hardy on it, but it has a hidden surprise… 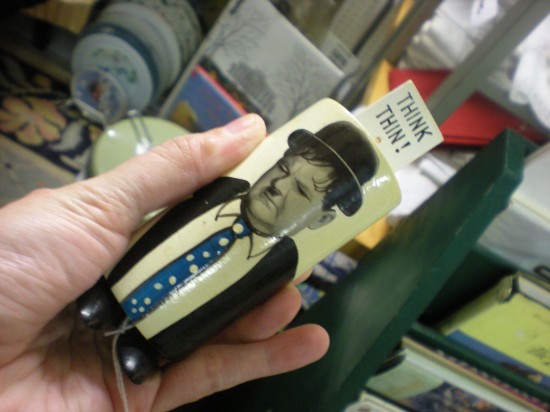 When you press Ollie’s body down to his feet, a flag pops out of his head that says “Think thin!”

It had a tag on it that it was from some art products company of New York… I don’t remember the exact title and I was trying to be discreet in my photographing, so I did not take a separate shot of it.

I thought it was pretty amazing.