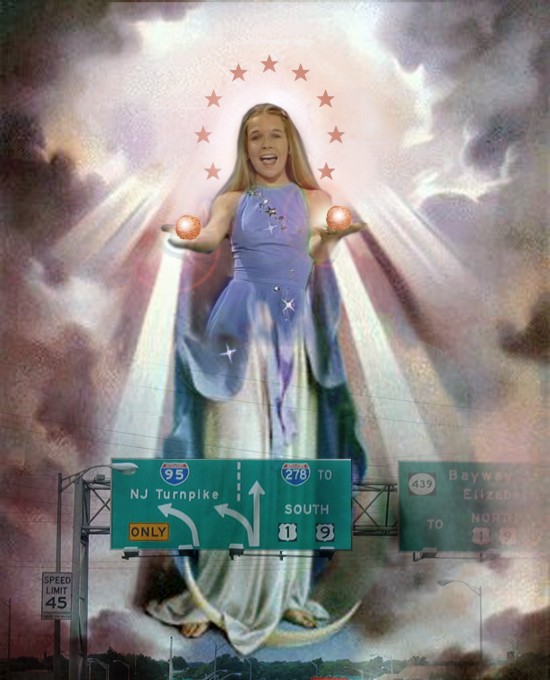 After consulting with Dennis who brought me into this wonderful world of Willis, I think it might be time to “out myself” a little. I want to explain Fake Jan Day and my true identity is bound to surface. I was a kid actor on a very popular TV Show and no, I do not make any money from it now.

Fake Jan Day is celebrated on January 2. (Jan 2 get it?) It is to honor the lovely and talented Geri Reischl who replaced Eve Plumb on the Brady Bunch Variety Hour. Now the BBVH is chock full of kischyness and extra kitschy, is the book written about it. It’s called “Love to Love You Bradys” and is available on Amazon.com. The BBVH was voted the fourth worst show in television history and the only puzzling thing about this is that there were actually three shows that the voters considered worse. That honor brought the show out of it’s closet of things were were all embarrassed by and lifted it into a lofty ideal of badness. All three of us Brady girls were replaced at one time or another (Yes, I am one of them) but it is fake Jan who has her own loyal and dedicated fans. Geri and I became reunited a few years ago at about the same time Ted Nicholson, Lisa Sutton and I began working on the book “Love to Love You Bradys”. One thing led to another and this fake holiday was born. 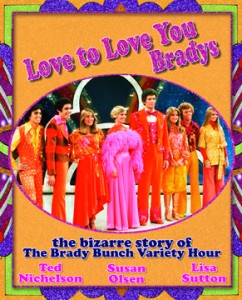 There are many traditions being formulated for this holiday. Tonight the three of us will be discussing Fake Jan Day on the Sheena Metal Show. The greatest tradition is the cheese ball. Cheeseballs are the official food of Fake Jan Day. Cheeseball competitions will be held in many households. The above photoshopped painting I did depicts Fake Jan herself, sacred cheese balls in hand descending from the heavens into New Jersey where she now lives with Fake Jim. (A couple of years ago she moved to Jersey to be with the front man of a Doors tribute band).

The following are guidelines for observing Fake Jan Day in accordance with the rules and regulations of the Fake Jan community. This is a young holiday and still growing. It’s observances are open to revision particularly from FJ herself. Here is a link to a video I edited together to give people a taste of all the horror that was the Brady Bunch Variety Hour.

Of course the BEST thing to do is to buy the book on Amazon.com

Official Facebook page
Fake Jan Day is celebrated on January 2. (Jan 2, = the second Jan)
The holiday was first declared by Lisa Sutton on January 2, 2008.
Cheese balls are the official food of Fake Jan Day. This was decided, again by Lisa Sutton during a Life Day celebration hosted by Yoda Penmark. Fake Jan was in attendance and declared it so as well. Life Day is any day that one chooses to gather friends to view the Star Wars Holiday Special (an appropriate alternative to BBVH on Fake Jan Day as both were penned by Bruce Vilanch)

Store bought cheese balls are perfectly fine. Amy Sedaris’ Little Smokey Cheese Balls are especially good. Although I’ve never had one, I am faithful that this is so because I like her and I worship her brother David. For those who wish to show more effort in their praise they may prepare their own cheese balls. The first cheese ball culinary competitions will be held on January 2, 2010.
Participants will be judged on taste and presentation. There need not be prizes for what greater gift is there than to show your love for Fake Jan by crafting a cheese ball in her honor?

Attire:
On Fake Jan Day, one must dress as a Jan (or Janet) of their liking. Janet Jackson, and Janet Leigh are good for the ladies. For men, Janet Reno is always an excellent choice and requires little effort.
An alternative costume is to dress as your favorite replacement character from any TV Show. The second Darren from Bewitched is an ever popular selection.
Other replicants:
Also from Bewitched: “Gladys Kravitz”. A less frequently discussed mid-series cast replacement. Actress, Alice Pearce, lost her battle with ovarian cancer during the show’s second season and passed away at age 48. Sandra Gould took her place.
Louise Tate (Larry’s wife on Bewitched) was first played by Irene Vernon, later by Kasey Rogers.

Raul Garcia who replaced Freddy Prinz after his suicide in “Chico and the Man”. The tastelessness of this replacement makes it an especially fun choice.
Also tasteless was the replacement of Pete Duel in “Alias Smith and Jones”.
Another creative choice is to dress as “Nobody” for that was the replacement for Cindy Williams as “Shirley” in” Laverne and Shirley”. For the final season, the show was still called Laverne and Shirley but there was no Shirley. Please note that the most effective way to resemble “nobody” is to wear nothing.
“Roseanne” had Fake Becky( who may have been the second best fake in the history of Television because they talked about it)
The Munsters: Marilyn Munster was played by two different actresses: Beverley Owen (in the first season) and Pat Priest (in the rest of the series). Nobody noticed.
The Brady Bunch: Obviously there are the other fake Bradys: Jennifer Runyon as Cindy and Leah Ayres as Marcia.
Fake Chris on “The Partridge Family”
There are many more choices. One is encouraged to Google throughout the year in anticipation of this holiday.

Additional Costume Idea:
One may recreate Fake Jan’s role of Dorothy in the Crispy Wheats and Raisins commercials. Donning the gingham dress and ruby slippers is ONLY PERMISSABLE ON MALES. Females do not have this option.They can, however, portray the Lion, Scarecrow and Tin Man. Men may not.

Entertainment:
Naturally, episodes of the Brady Hour are in order and rather essential. However, if unavailable, the “Star Wars Holiday Special” will suffice but only for one year. The following year, BBVH must be procured.
In addition, the work of Fake Jan which preceeded her canonization, may be viewed. “I Dismember Mama” is now available on DVD. “The Brotherhood Of Satan” may be harder to find but well worth the effort. Of course the evening’s entertainment should be liberally sprinkled with “Crispy Wheats and Raisins” commercials as well as her episodes of “Gunsmoke” and “Apple’s Way”.

Above all, photographs and other documentation of any celebration must be recorded and shared with the Fake Jan community. This may be done through Facebook, Myspace, Myface or Spacebook. Personal web sites, billboards, skywriting, megaphones and tribal drumming are also permissible. Some examples may be selected for use on Lovetoloveyoubradys.com

That is all for now. There will be many more rules and regulations in the coming centuries. Please have a safe and sane Fake Jan Day and a Happy New year too.