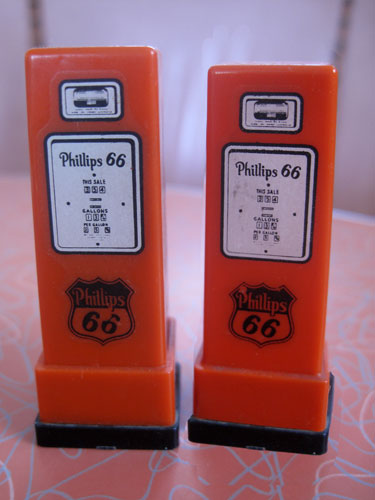 I’m about to tool around LA today looking for more kitschy architecture that I may have missed in my 9 trillion similar such drives and, as all my drives start out, the first stop will be to hit the pumps for a full tank of gas. If only gas was still as cheap as it used to be I could be cruising up the coast of California in search of kitsch palaces instead of just hitting the neighborhood. 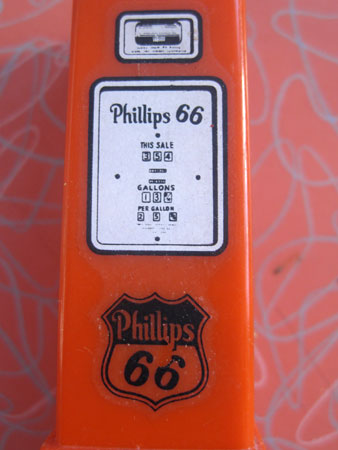 $3.54 for 13+ gallons brings it to 3.6¢ a gallon. That’s about the same inflation that’s hit the price of these S&P’s. Originally given away at the stations for free with the purchase of a full tank, they now can go for up to 100 bucks a pair depending on condition and whether the seller understands their value as a collectible. I got these for quarter in some junk shop when I moved to California in the late 70’s. Back then, I used to collect S&P’s like crazy. I rarely used any of them and obviously hadn’t used this one until today when I went to photograph it and pulled the bottom out, creating this pepper disaster. 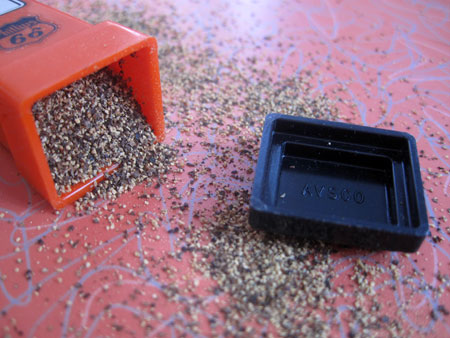 I actually didn’t mind the spill as I still have a stuffed nose from the almost-but-not-really cold I had this week. Suffice it to say my nose is clear now. I know that most people don’t use salt and pepper shakers this way but I’m all for multifunction whenever possible.

I would kill to know when this pepper was first placed in the pump. In my fantasy as a vintage collector, I’d like to think that it was back at Alabam’s in Buffalo, Wyo. 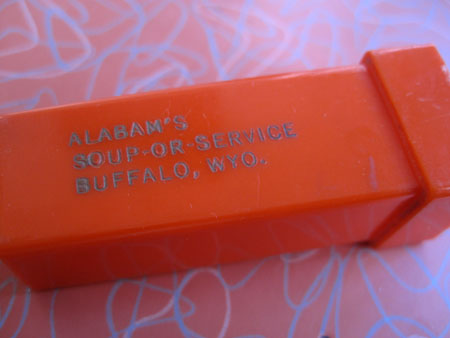 I’ve never known a gas station to offer “Soup-Or-Service” before so I think that placement of the condiment in the pump at Alabam’s 60 years ago is a feasible supposition.

As I sprinkle (new) pepper on my scrambled eggs, I can only hope that my impending late morning drive produces visual treats as beautiful as these Phillips S&Ps. 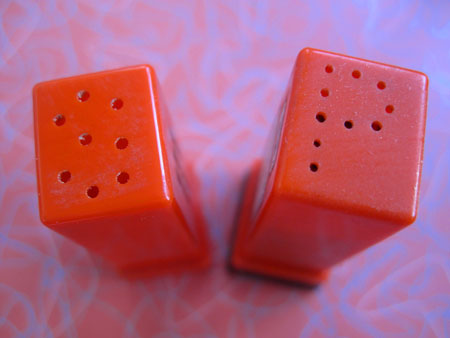