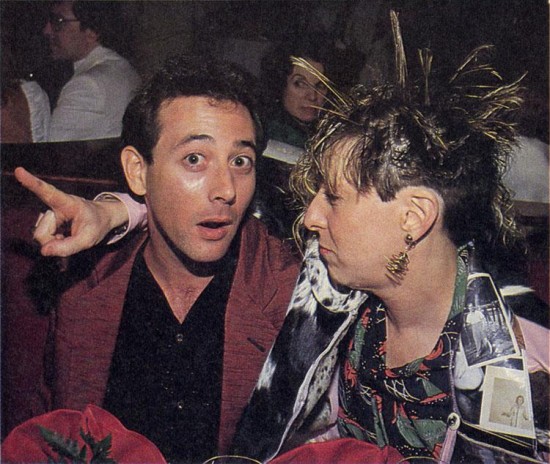 This totally awesome picture of Paul Reubens (Pee-wee Herman) was recently sent to me by a friend and it totally made my day. I don´t know where it was taken, but you, Allee, said you believe it was taken taken at Chasens at a pre-Grammy party thrown by Scott Sanders and Radio City. Your jacket is marvellous and Pauls face expression priceless!