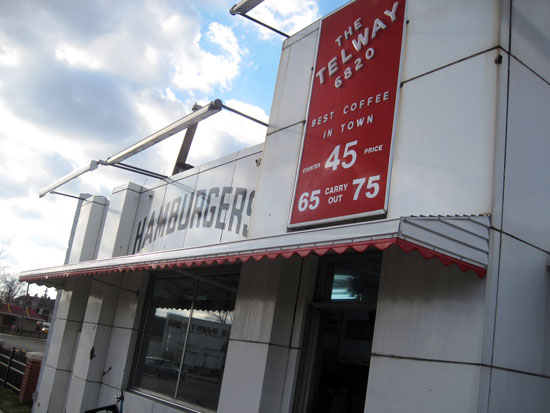 You know from the front it’s got to be something. The little 1930’s castle with the 1950’s aluminum awning where you know it couldn’t possibly be, as the sign promises, the “best coffee in town” but anyplace that still sells it for 45¢ has possibilities. The sign across the parking lot is promising too. The thin little hamburger dripping with one slice of American cheese. That’s the only way to go for me at McDonald’s, the thin original hamburger so the grease and pickle juice soak into the bun just enough for the cheese to co-star in a swirly meatified mix. 4H AMBURGERS for $2.25 is too much to resist. 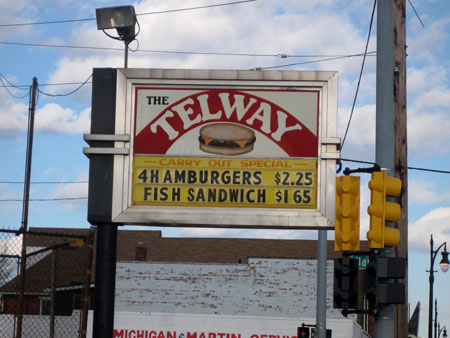 Besides, my friend and frequent Sunday-afternoon-drive–looking-for-just-such-establishments partner, Charles Phoenix, told me I HAD to go there. I go when Charles issues such recommendations, so thorough is he in his examination and excavation of kitsch anywhere he goes. His first trip to Detroit was only last year. Not only did he hit The Telway but my favorite location in the city. I’m sure those people who fled Detroit for the suburbs don’t know about The Telway or, if they do, only remember it from their youth. It’s the kind of Detroit neighborhood that scares them and fascinates me. Next trip I’m driving here straight from the airport. 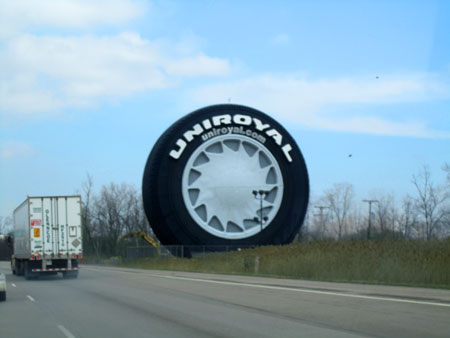 I like a restaurant that tries to put their customers in a good mood, especially when that message is dispersed among the menu items. 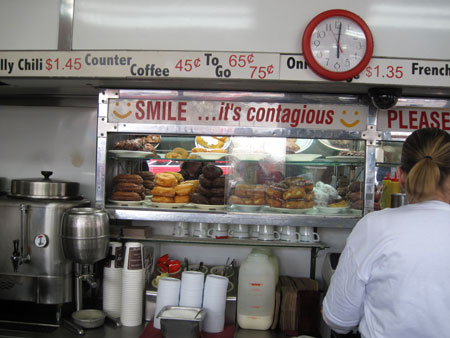 The only thing I don’t like in The Telway is that damn clock. Too new and covering the onion rings. 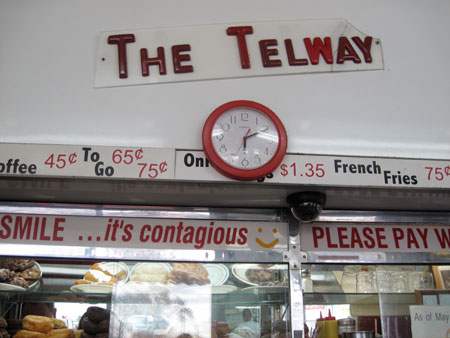 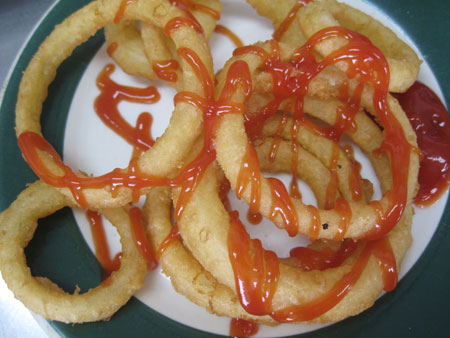 75¢ worth of french fries are apportioned out. 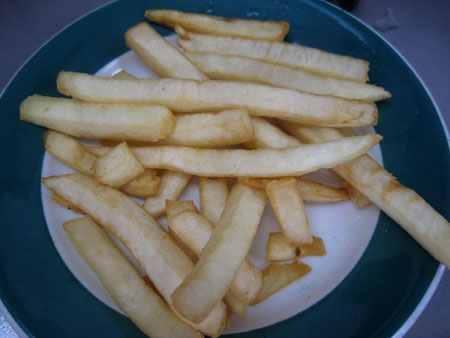 Scarce, but actually a perfect number for the number of bites it takes to consume two Telway hamburgers. Speaking of which, the burgers, if you love the little skinny ones like me, are fantastic and the lack of french fries is made up for by the tower of pickles. The burgers are nice and juicy and the little patch of cheese soaks up into the bun just like you want it to. The Telway is open 24 hours a day, everyday except Christmas. The waitress told us they serve 6000 burgers a day. I’m not sure how many donuts they sell a day but they’re big and plump and were staring at me during the entire hamburger consumption. 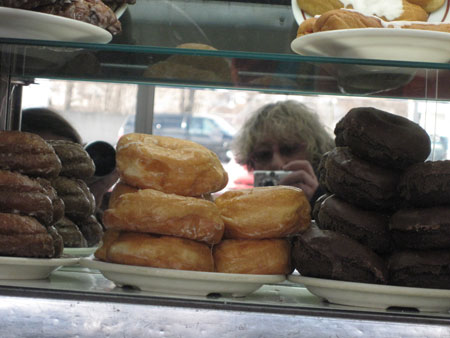 You come to a place like this knowing that the atmosphere as is much of the flavor as the ketchup and meaty onion grease. 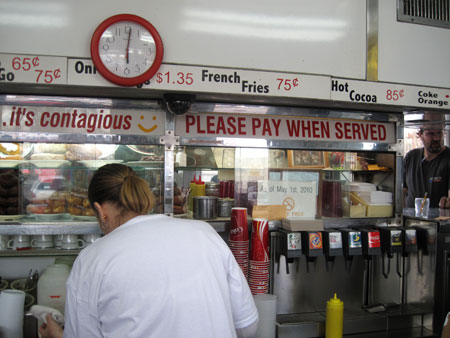 There are only seven stools in The Telway. Most of the business is carry out. 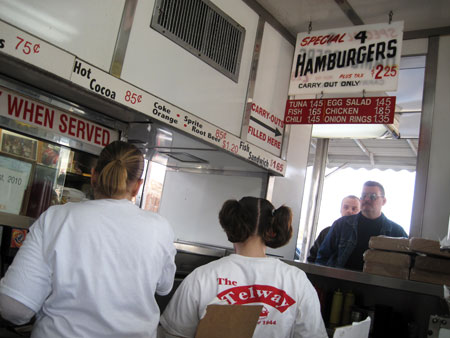 The hamburgers are cheaper that way. I know there must be a place equivalent to The Telway in LA but I don’t know where it is. I’ll definitely be hitting this joint again when I go back to Detroit in a couple of months to do some pickup shots for the “Allee Willis Marches On Detroit!” documentary I’m making. Until then I’ll have to satisfy myself with big juicy burgers in the double digits and pray that the onion rings taste like they’re fried in donut batter.