Denny & the Brain and the CIRCLE OF WILLIS! (yes, a real human brain….) 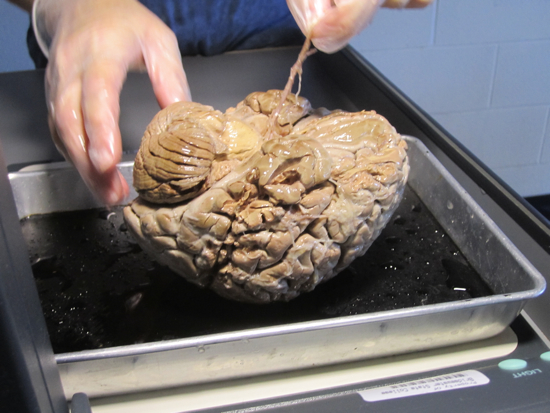 Yes, this is a real human brain.  My professor, Dr. Sandy Neargarder is an outstanding professor and we became fast friends.  Each semester, at the end of this course (bio-psychology) she brings in a human brain that belongs to the university.  I missed it last year as I flunked the course the first time around but this semester I kicked some bio-psyche ass!  I wasn’t missing the brain this time.  We have no idea the identity of the donor (not that I would want to know) but this brain has been handled many times.  Seeing and handling this brain sure puts all those horror films in perspective. 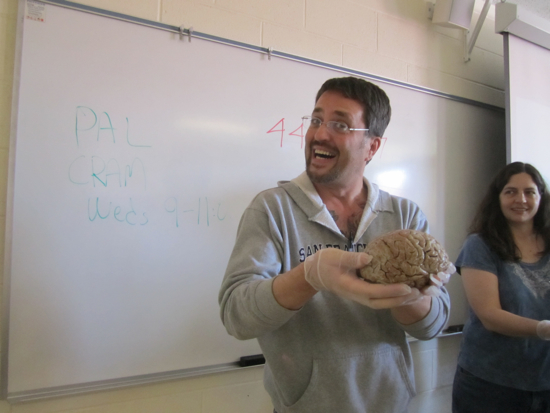 This picture just kills me.  The look on Dr. Neargarder’s face is absolutely priceless!  I felt a bit nervous handling this brain but I wanted pictures of this moment as I would never want to do this again. 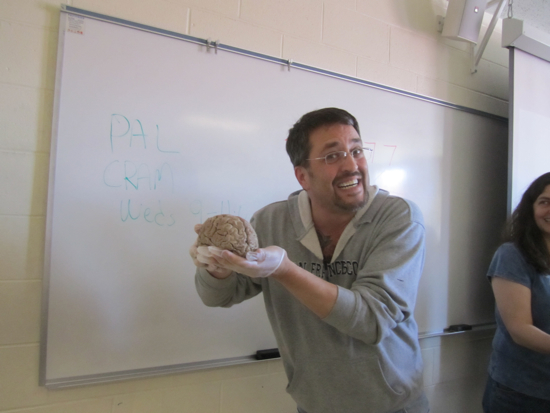 Since I was the oldest student in the class, I had to make an announcement that I would be the first one to handle the brain.  There was no argument there. 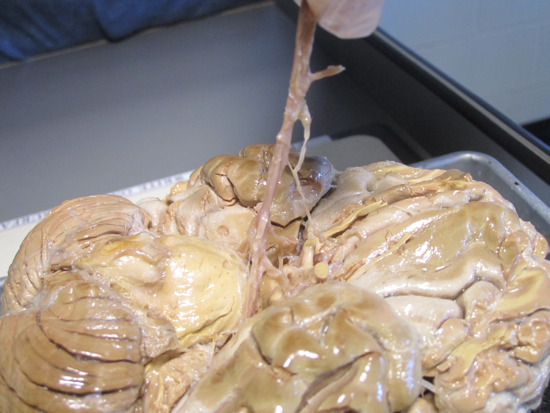 Eeeks.  The stringy part you see being pulled up by someone’s fingers is a part of the brain called “The Circle of Willis”.  It is a part of the brain (arteries) that supplies blood to our brain and was named after an english doctor named “Thomas Willis”.  I about fell over sideways when she told us the name of this section.  It was something that we weren’t required to know in class.  Circle of Willis!?  For a bit more information you can click on the wiki link I provided with this post.

3 Responses to “Denny & the Brain and the CIRCLE OF WILLIS! (yes, a real human brain….)”