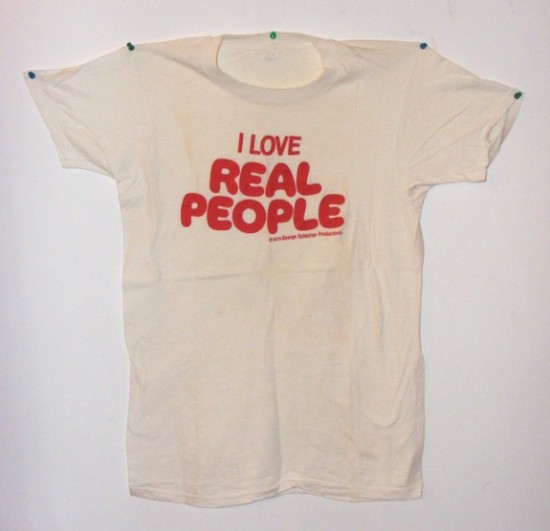 In the late ’70’s, there was a TV program called “Real People”. Some times, people would submit unusal signs. When I was on the coast in Oregon, I saw a sign by the sidewalk in front  a church which read “St. Andrews Church….No Parking….Violaters Will Be Baptised”.  I received this Tee shirt. The show was a 1979 George Schlatter Production and was hosted by Fred Willard, Mark Russell, Sarah Purcell and others.