For affluent white people who prefer zero contact with the hired help, Linda Wolf, a teacher at Beverly Hills High School (where else?) created this invaluable handy pamphlet, “Tell the Gardener.”  (Apparently decent illustrators are in short supply in Beverly Hills– see cover drawing below.) 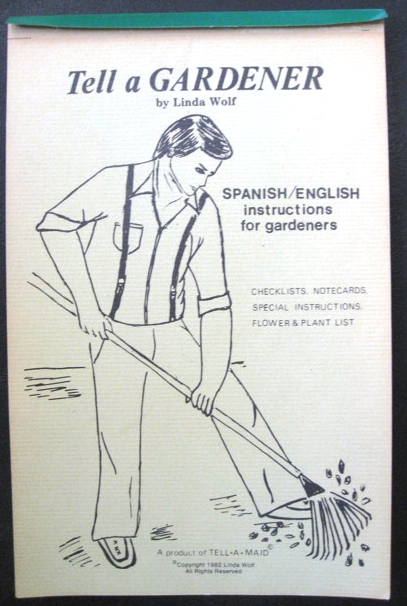 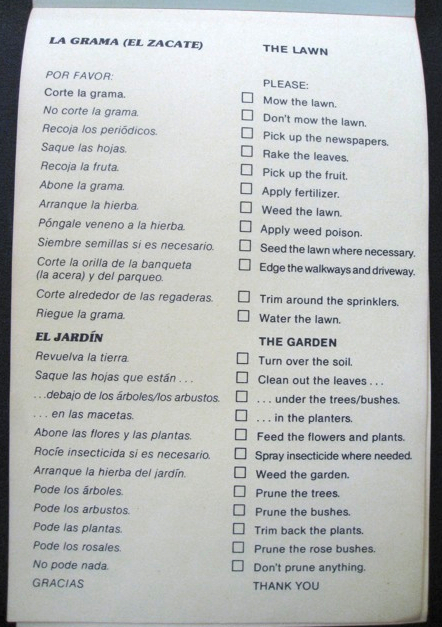 If your needs extend beyond the garden, there are commands such as  “Take out the trash,”  “Put the trash in plastic bags,” “Sweep the patio,” “Wash down the patio/driveway/walkways/tennis court.”   Apparently space on the page was limited so you won’t find even one, “por favor.” 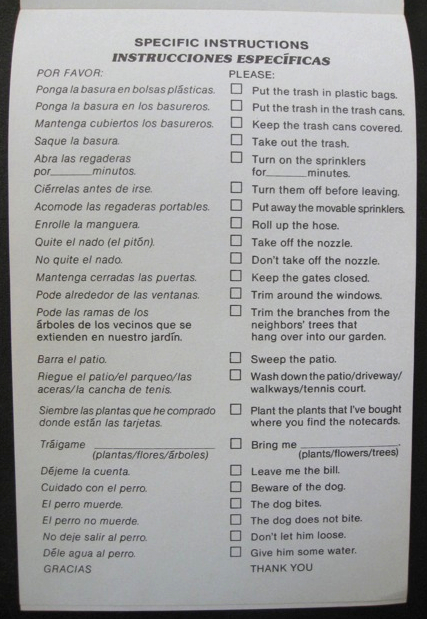 Then there are  orange pages, titled “A Message To The Employer,” that give gardeners a chance to fill-in-the-blanks, check boxes and “Write down the color after the name of the flower that you want.” 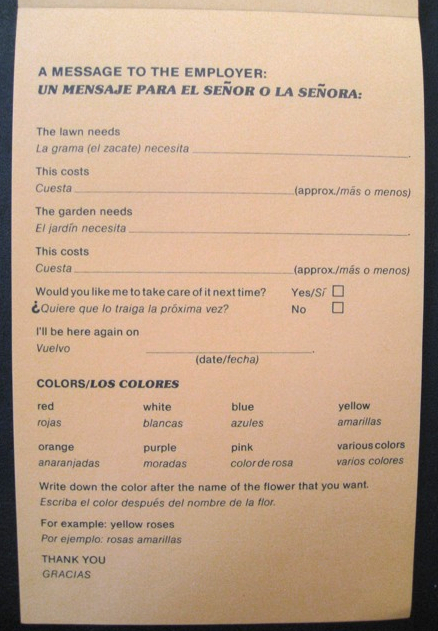 Thank god there are also  pages that list the names of flowers, plants, produce, and trees, so the really thickheaded homeowner doesn’t have to contend with the following tricky translations:   begonias/“begonias”, rhododendron/“rododendro” and azaleas/“azaleas.”

When this memo pad was first published, State Assemblywoman Gloria Molina complained that the memos were “just like snapping at somebody.”  Wolf  defended her efforts by flatly stating, “I’m not offended if someone leaves me a note.”  My guess is she’s received plenty of  two word notes from her gardeners through the years that aren’t found on her handy checklist.  And they didn’t say, “muchas gracias.”

If you love TELL A GARDENER, there’s also Wolf’s earlier attempt at creating disharmony among the races with her TELL-A-MAID memo pad.  Wonder if it has the translation for “stay away from my Austrian husband.”

2 Responses to “The Help/La Ayuda”