I wasn’t going to list this because it didn’t strike me as “kitsch” so much as folk art, but after seeing Bob’s penny-in-a-bottle listing and reading the ensuing discussion, I thought I’d put it up here so someone can explain how this was created.  Hope Snappy P weighs in– do you think this was actually assembled inside the bottle, or was the bottle blown around the carving?  I did some research and saw a similar Men-in-Bottle item on the Internet at a gallery and theirs was described as being outsider art from the 30’s in the Pennsylvania area. 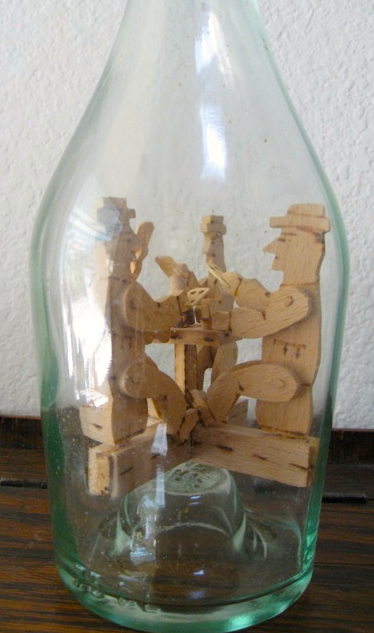 Here’s a close-up of the men: 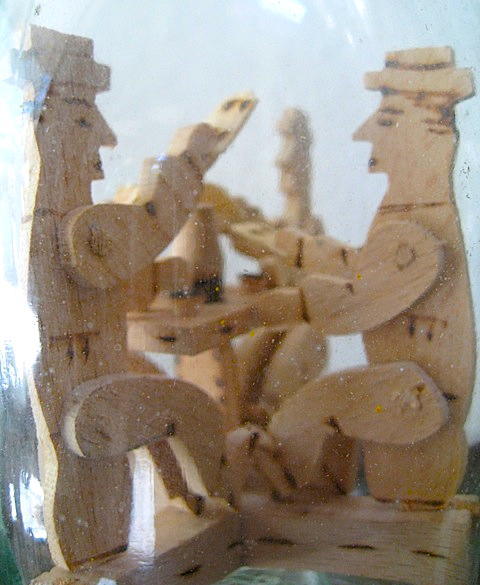