I´m living in Bavaria and recently we have a new media star that really cracks me up. I though I share it with you :)

We have a lot of farmers here in our area and about two months ago it happened that one of them reported one of his cows missing. Her name is Yvonne and she scooted away from the farmers field she used to graze, obviously she smelled the scent of freedom and gallantly broke through the electric fence. Just like a phantom she appears here and there since, enjoying life in the wild to the fullest and is hiding in the forest at night. Till today they were not able to catch her.

The first picture of her in the wild was taken by any hiker who spotted her in a forest, where she was still wearing her harness. 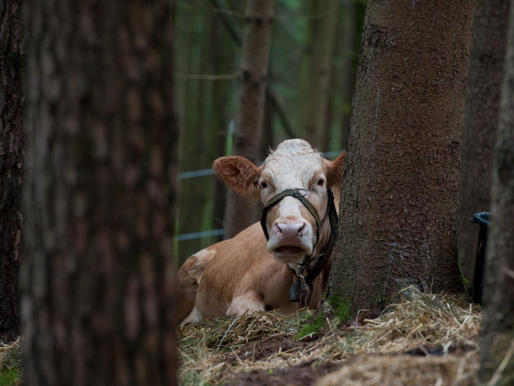 Anyhow she got rid of that thing in the meantime, cause one month later she got photographed by another guy, while she was peacefully grazing on any field 16 miles away, looking all happy and healthy. Till the authorities arrived she vanished again and though a large group of people were inspecting the entire area she wasn´t found. 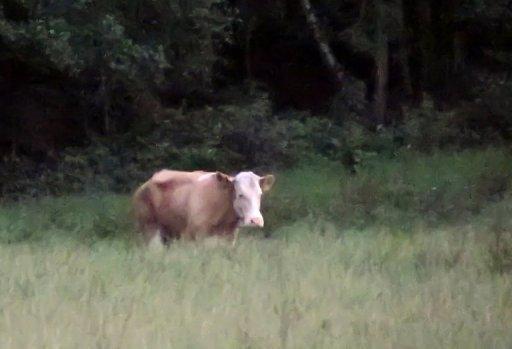 On the meantime Yvonne became such a star and somehow such a symbol of freedom that even Al Jazeera aired her story, she has an own Facebook page and also Pee-wee Herman got hooked by her, delighted by her name (just like “Miss Yvonne” from the Playhouse).

Anyway -after another month without any sign of cow Yvonne they sadly assumed she passed away anywhere on her journey, but they were wrong. They again spotted her during a helicopter flight hiding in a cornfield not far away from her last location and now she hit all headlines and is literally moving the masses. It is hilarious!

After Yvonne popped up on the middle of a road at night the government was thinking about to shoot her to avoid any danger for drivers, what caused a huge rage. A lot of animal right groups raised their voices and they now hired a big game hunter instead to give her a sedative shot as soon they will discover her again. “Gut Aiderbichl”, a well known heaven-alike animal shelter, offered a lifetime place for her. She definately won´t end up in a sandwich. All fingers crossed for brave little jailbreaker Miss Yvonne!