Another year, another Otakon!  Here’s some fun pictures from Otakon 2011.  In case you’ve forgotten, Otakon is the East Coast’s largest anime convention, happening every summer in Baltimore and drawing around 32,000 anime fans.  It is a weekend long celebration of  everything from Japanese animation to culture, language, music, and anything else related to Japan… and anything related to nerdiness in general.  Many of these fans (myself included) like to cosplay, or dress up in costumes. 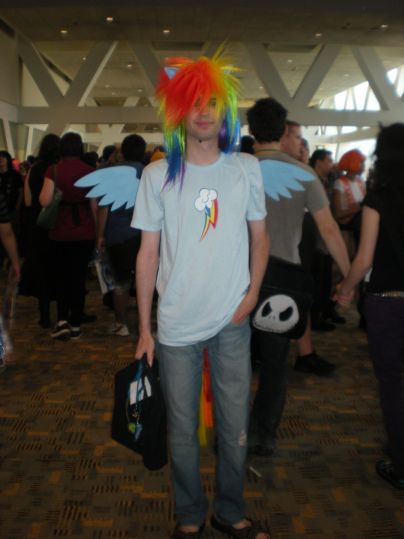 This guy is a “brony,”  the word for male fans of the new and phenomenally popular “My Little Ponies: Friendship is Magic” cartoon show.  He’s dressed up as Rainbow Dash. 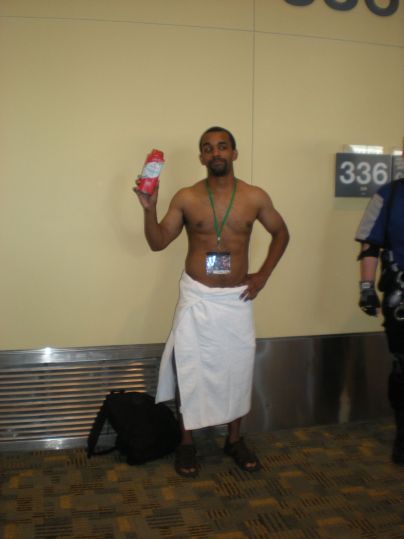 Here’s a guy dressed up as the Old Spice commercial guy. 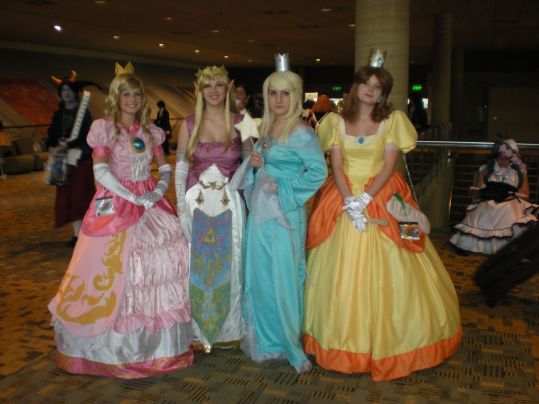 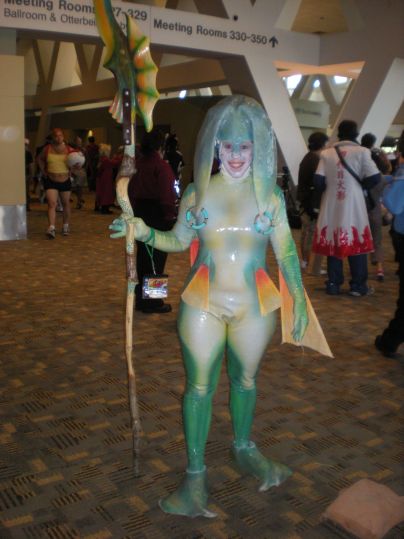 This girl is dressed up from a Legend of Zelda game. 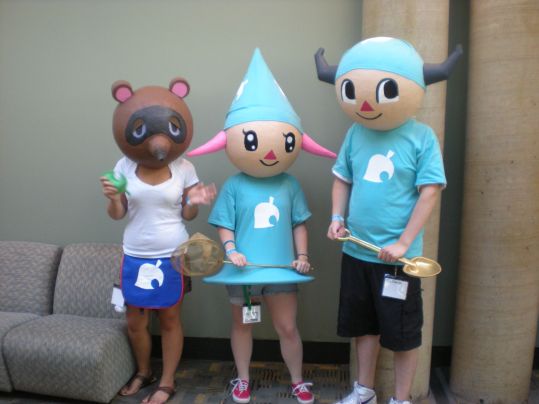 From the video game Animal Crossing. 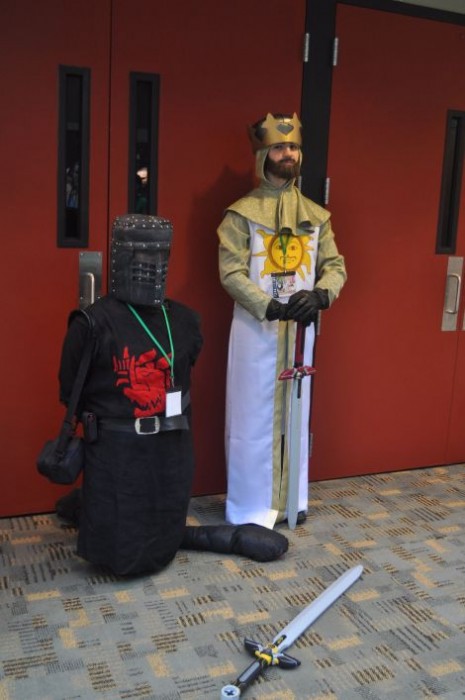 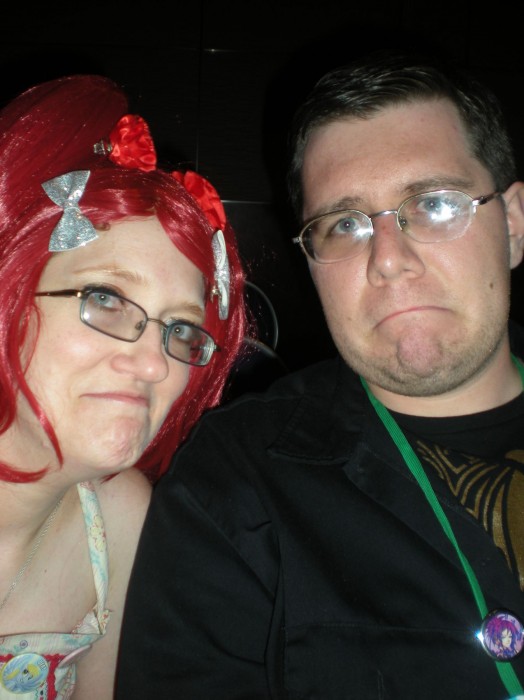 Me and my friend Flea wasted our time waiting in line for hours for a panel that turned out to be pretty lackluster.  This is our disappointment face. Some guys with costumes and props made almost entirely out of video games.

I haven’t uploaded all of them yet.