I wrote a letter to the then Governor of California about a time when I had met his nemesis  from Conan the Barbarian, former Oakland Raider, Ben Davidson. It was at a food show in San Francisco and I noticed a lot of people crowded around the Lowenbrau beer section with a very tall man signing autographs. It was Davidson and I got in line to get an autograph for my son. He looked tired of the signing and had a sour expression on this face. After I got the autograph,  I turned to leave then turned back and said to Ben, “You should have been given a 15 yard penalty for what you did to Conan”. He called the other guys at the booth over and told them this guy told me the funniest thing I have heard all day. The governor sent me this autographed picture. The autograph doesn’t show up too well against his dark suit but it is there. 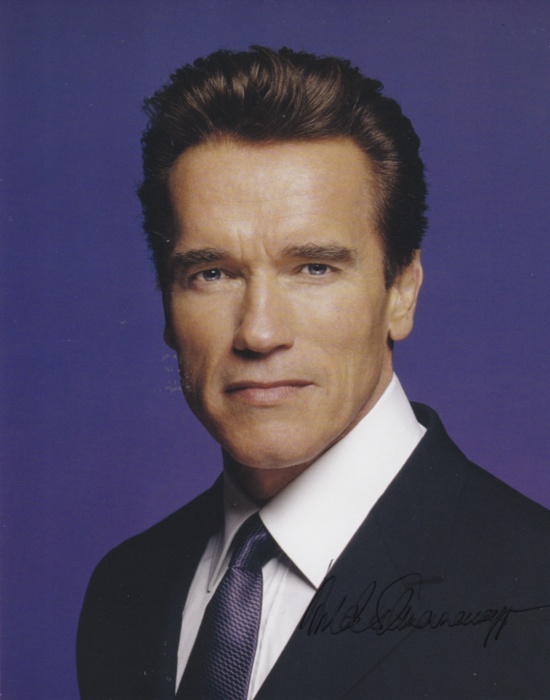 One Response to “Arnold Schwartzenegger”