My father was blind and paralyzed during World War Two and greatly enjoyed listening to the progress of the war. My brother dropped paratroopers on Normandy on D Day and towed gliders into Holland. After Hitler reached the English Channel, he thought of a way to repel the landing craft. His idea was , under the cover of darkness, to lay a network of gasoline pipes slightly under the water and if the German landing craft came to the beaches, they would have come in through the fire. One day in the mail, there was a letter from Sir Winston thanking him for his effort to help England. Later I found out that this was actually done in William Stevenson’s book A Man Named Intrepid (made into a movie) and in another book called Intrepid’s Last Case, it was confirmed that my father’s idean was used. I got a nice picture below along with a personal letter from Julie Andrews. 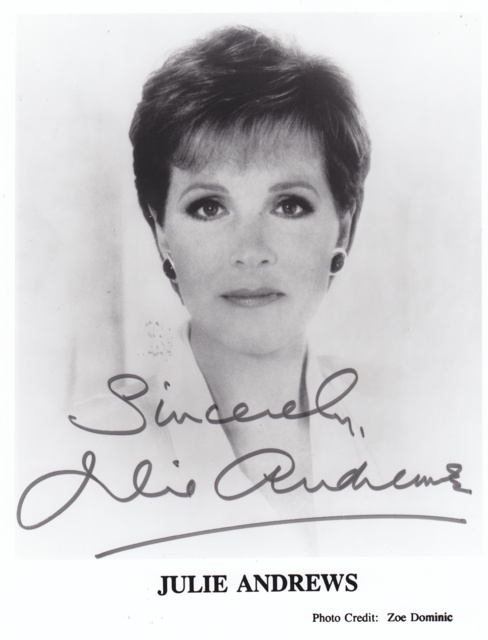