Poor Davey Jones and what a shock. I LOVED The Monkees when I was a kid and actually have all of their programs on dvd. I tried to get the kids I babysit to watch the show and promised them a good time, but alas, after 20 minutes, they teared up and whined, “It’s so boring and I don’t understand what’s happening” :D I guess things do change…I even remember Davey Jones being on Scooby Doo, which I also remember thinking was pretty cool… 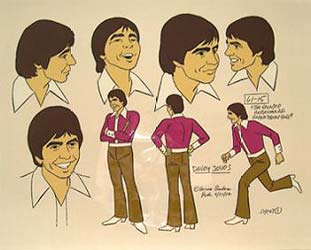 A day after poor Mr Jones’ death, my good friend D brought over her friend who was interested in adopting a cat from me. D actually found this poor cat, who was terribly sick and she sponsored her financially which was incredibly kind! This kitty owes D her life and she is very gracious in return, but I digress… 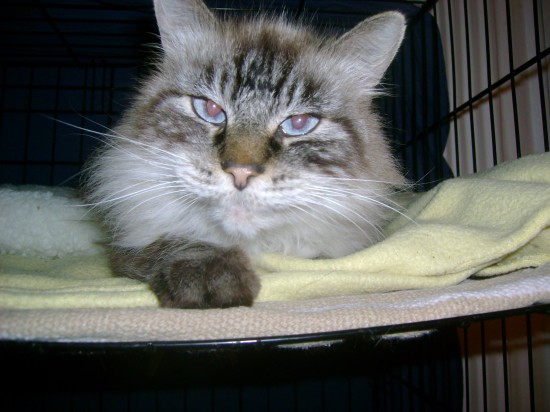 ANYWAY, the potential adopter showed up wearing a handbag she had just made to commemorate Mr Davey Jones. And yes, she is also featured in the photo! 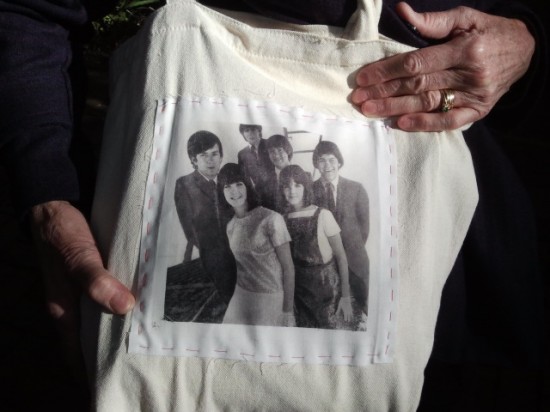 That would be herself, Ms Eileen Stolee with her sister and The Monkees! Both Eileen and her sister were models and this photo was taken for the cover of 17 Magazine!! Pretty cool, huh?!?! Here she is now…she is just as beautiful as ever and very nice too! 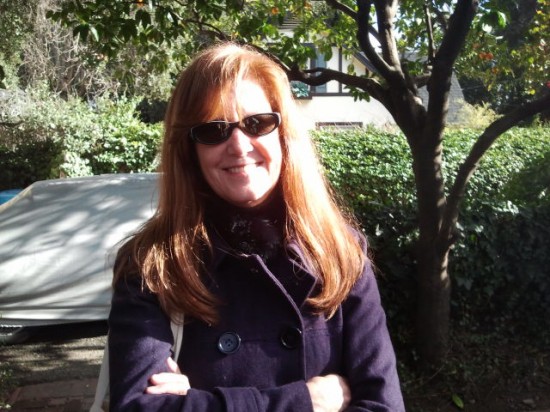 Ya never know what can happen on a Thursday afternoon….I almost felt like I was in LA….these kinds of celebrity sightings don’t always happen in Northern California! But most importantly and very sincerely, RIP in Davey Jones, and much love and comfort to those who are missing him…

One Response to “Another Davey Jones Tribute…”