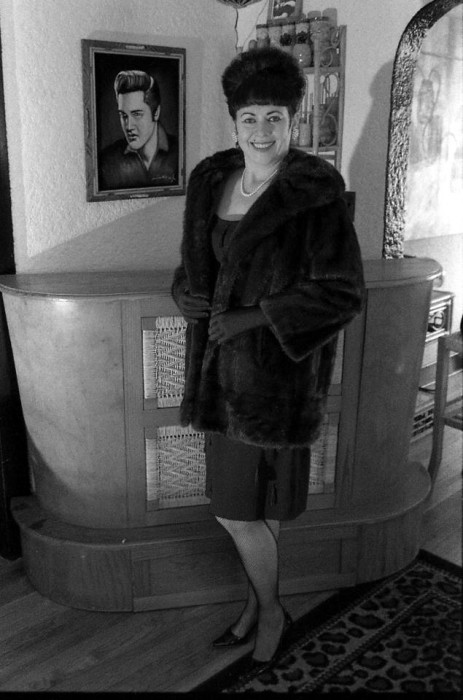 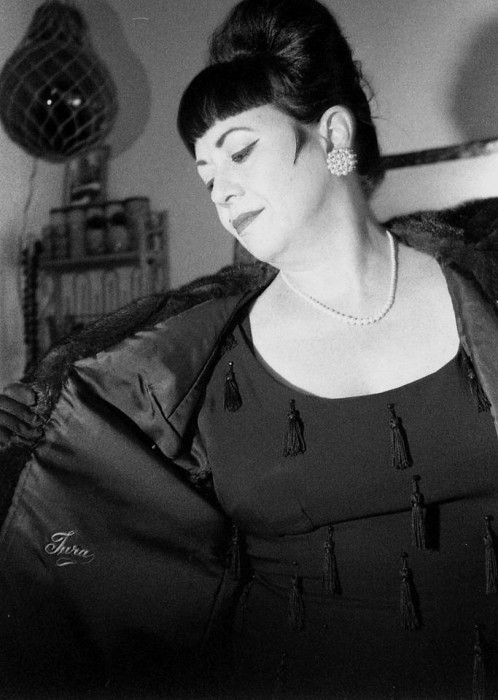 Terry is one of my best friends (we’ve been friends for over 30 years), and Terry has always been a big fan of Tura Satana. In fact, Terry became good penpals with Tura and even had the pleasure of meeting her. Terry also adopted Tura’s last name (with Tura’s permission).

After Tura passed away, her daughter contacted Terry and asked her if she wanted to buy Tura’s mink coat, and, of course, Terry did. Here are two photos of Terry wearing the coat. As you can see in one of the photos, Tura’s name is sewn on the inside.