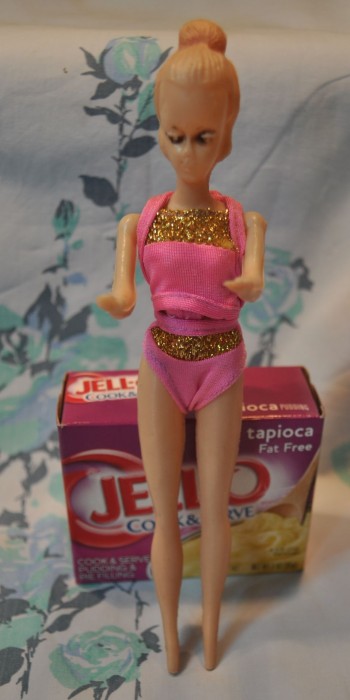 The considerable expense of Barbie dolls back in the early 1960s (usually between $1.90 – $3 in the early 60s, plus outfits which cost up to $5), unleashed a flood of cheaper imitations to the market.  These were sold at 5 and 10s for a fraction of the cost of an “official” Barbie doll.

This one is one of the scariest and cheapest ones I’ve found. 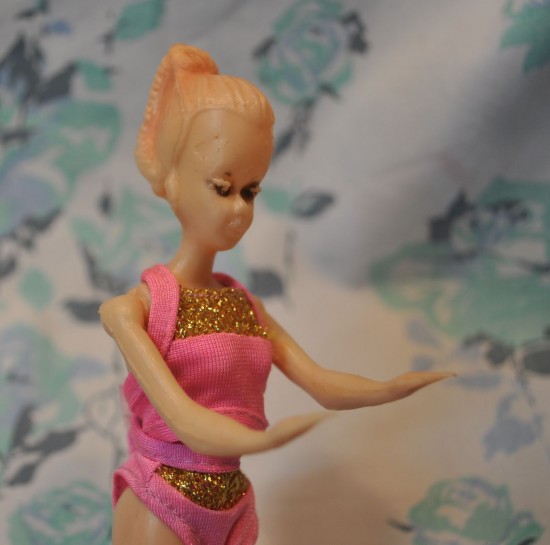 She is smaller than Barbie and made of the cheapest hollow plastic imaginable.  Her arms pop off randomly, and her legs don’t even bend, so she can’t sit down.  Her head doesn’t move, and her eyes are truly disturbing.  She was probably either sold at a 5&10 for a few cents, or perhaps she came with one of those “Sewing kits” where you were supposed to sew clothes for a doll.  Or maybe she was a carnival prize.  In any case…. CHEAP. 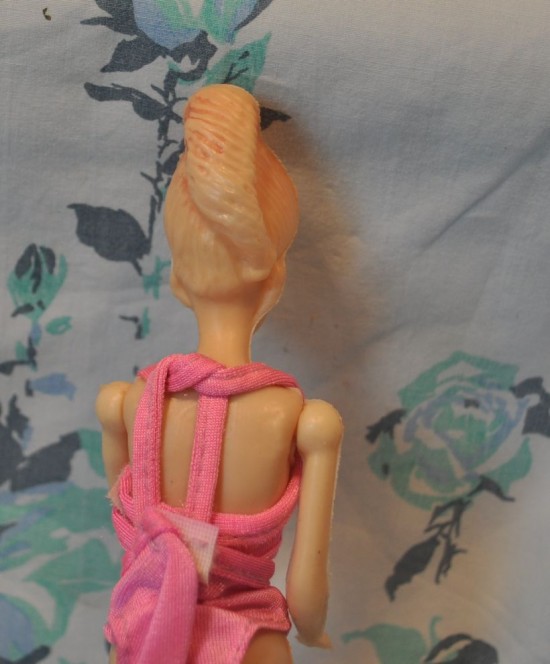 Her hair looks like a sausage.  I like to collect the Barbie clones because they are so wacky and surprising.  Please ignore her swimsuit, I couldn’t find any clothes that would fit her so just stuck her in the first thing I found which would stay on her body.