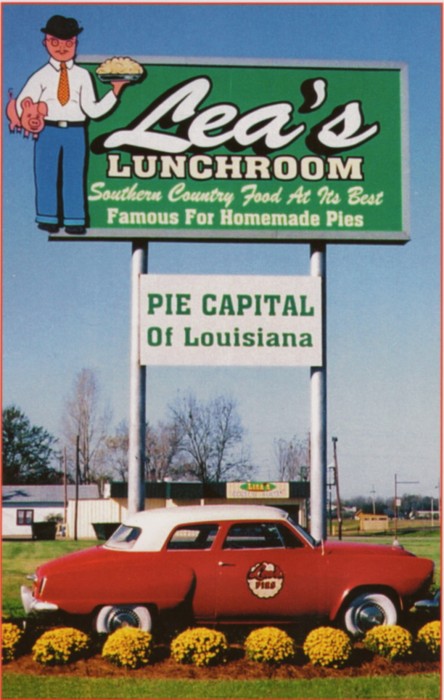 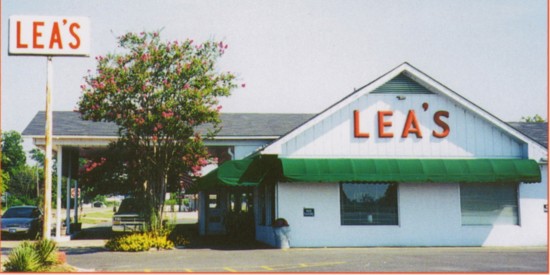 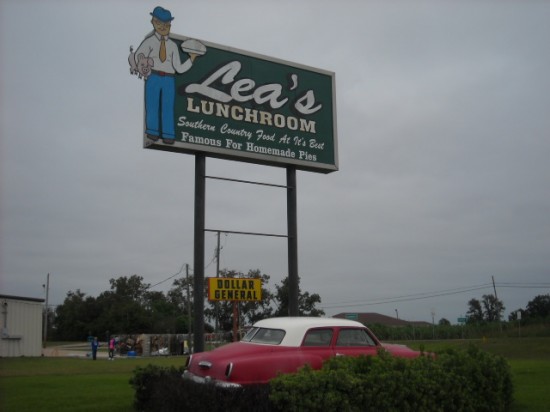 My husband and I took my Mother to the Lecompte Pie Festival yesterday, and there was more of a carnival atmosphere than pie, so we dropped by this famous pie establishment and bought a wonderful coconut creme pie with a merengue topping to take home. The menu changes daily, and Sunday has almost everything you might serve at Thanksgiving. So we will be back.The first 2 pictures are from the postcards I bought, and I just love how the car looks as if it ran into the bushes in the last photo. This restaurant was established in 1928, and is in the Louisisna Restaurant Hall of Fame.