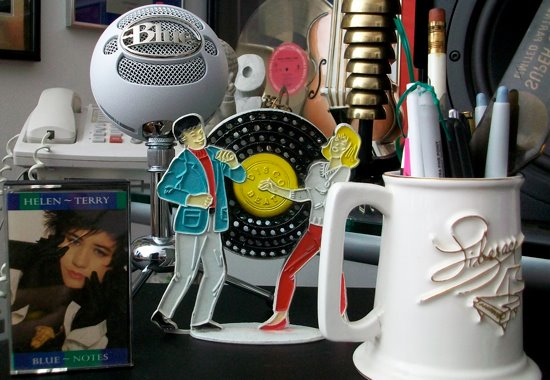 My work station while at Willis Wonderland.  The album/cassette you see here is by Helen Terry, former backing singer for the band Culture Club, she released this album BLUE NOTES in 1986.  Well, this album went EVERYWHERE with us when it was released.  So imagine my surprise when I found out Allee wrote the album track, “Love, Money & Sex”!  Fun, 80’s pop that went nowhere really.  A couple of the singles charted but this album and it’s singles never reached the states.  Helen’s follow up album sits in the archives at parlophone records.  The wanted a dance diva and Helen wanted a more soulful sound, hence the parting of ways from her record company…..