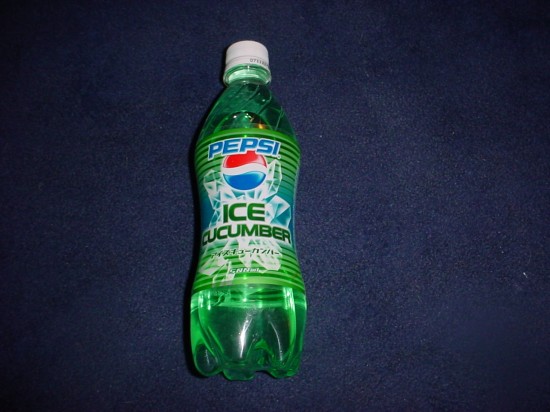 This is much newer than most of my submissions, but since most people probably weren’t aware of it ever existed and it is so unique I thought I would share it. This is a limited edition cucumber flavor Pepsi from Japan. It was out in 2007 and it really does taste like a sweetened cucumber. I love the look of the bottle and the soda itself. There aren’t too many green sodas out there.