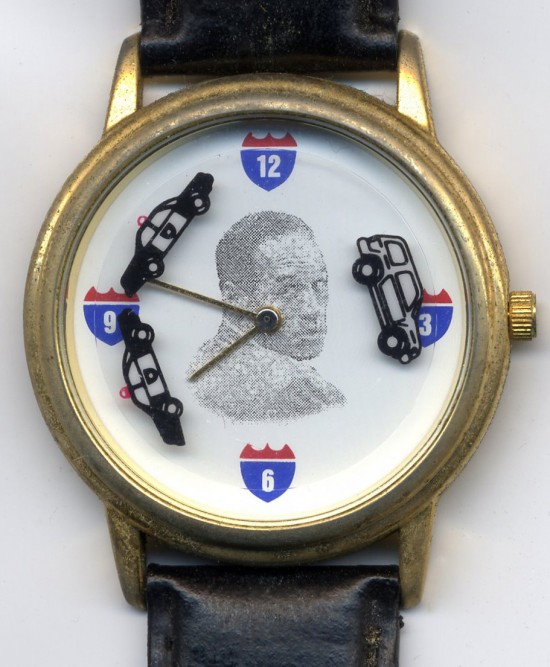 This cheaply made timepiece featuring a bad scan of O.J. Simpson in the middle of two police cars perpetually trailing a white Ford Bronco around and around in circles as time ticks on was issued shortly after the Juice’s infamous slow-speed highway pursuit on June 17th 1994. Oddly, this watch is now stuck at 7:50, which is right about the time the chase ended that night in Brentwood.