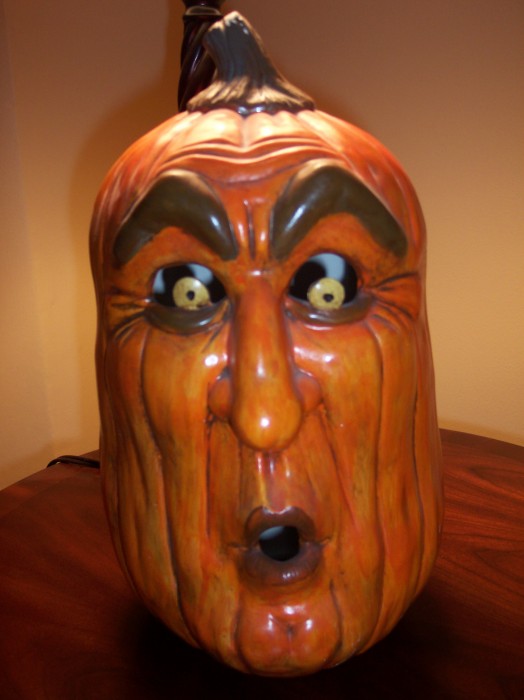 My dad remembers being really creeped out by this when he was growing up in the sixties. I found this in my grandmother’s house after she died. No one really wanted to keep it, I found it too kitschy to give away so I ended up keeping it. It’s definitely hand-crafted by someone in clay. The initials ‘KLG’ are etched into the bottom of it. I originally put my cell phone underneath it to show it in its full lit-up glory, then switched to a small candle after the phone wouldn’t stay lit up, then just went turned the lamp on. But I forgot to take the phone out, so it was wedged above it and lit on fire. Hahaha. Anyway, I keep it in the closet because it creeps me out a bit.