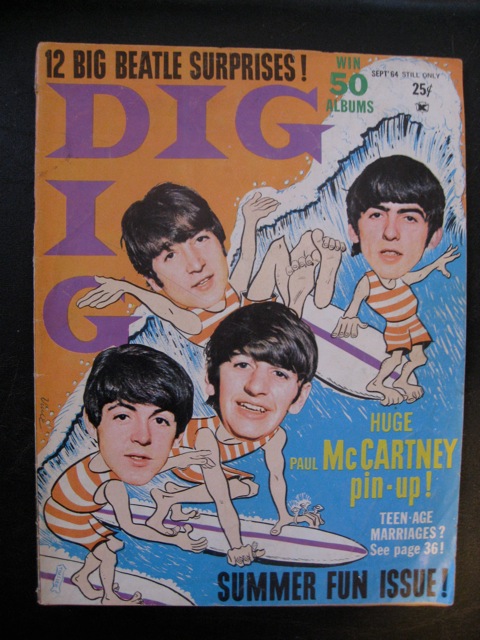 Among the features inside, 100 facts no one knows about the Beatles which includes:  Paul loves taffy apples, John is a bath fiend and takes about three to four showers per day, George still breaks out when he eats too much candy, Ringo bought a pair of black satin sheets just for laughs, and all four Beatles can’t stand false girls. 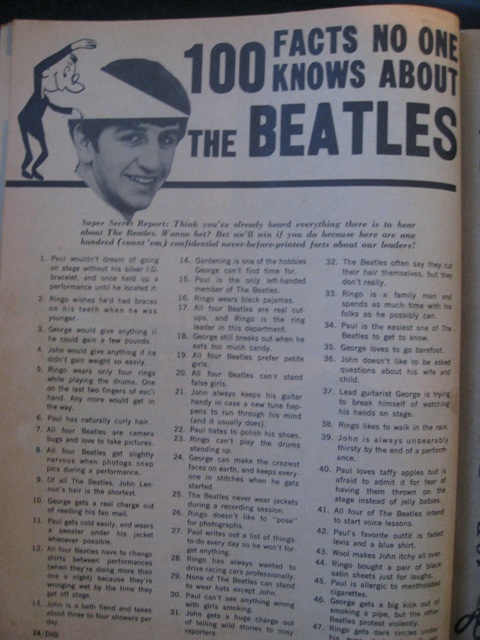 Here’s an ad for a dress/playsuit, for only $4.99.  Doesn’t seem very Beatles era-ish, but more a hold-over as the Beatles hadn’t yet completely changed pop culture: 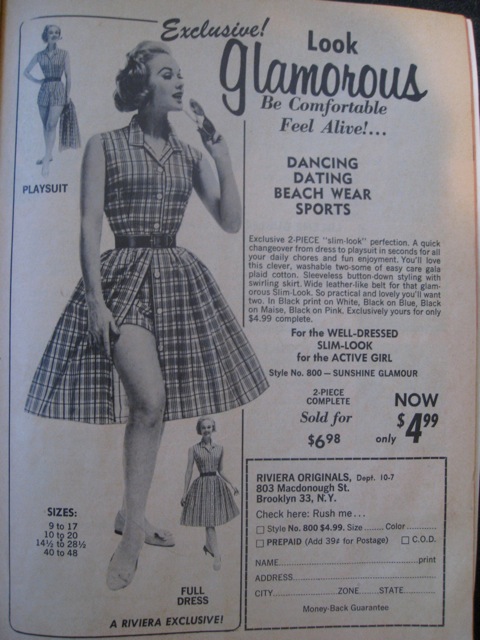 And if you only had $2.98 to shell out, you could go for this newspaper print jacket/shirt: 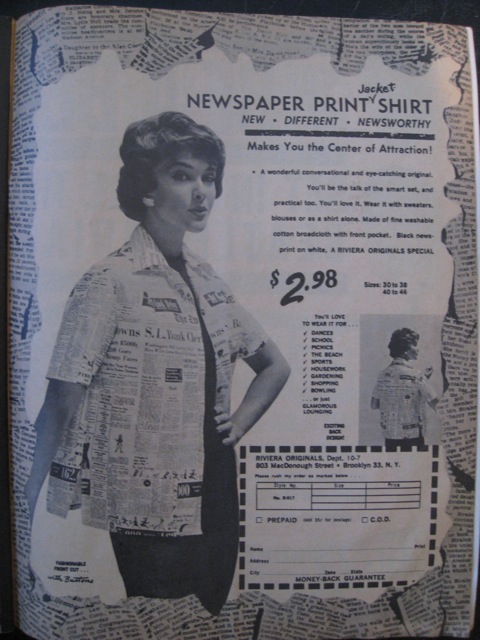 Note the little mop-topped beetle cartoons (one is holding the banner).  Surprisingly, I don’t think I’ve ever seen anyone make a visual connection between the Beatles and beetles other than this: 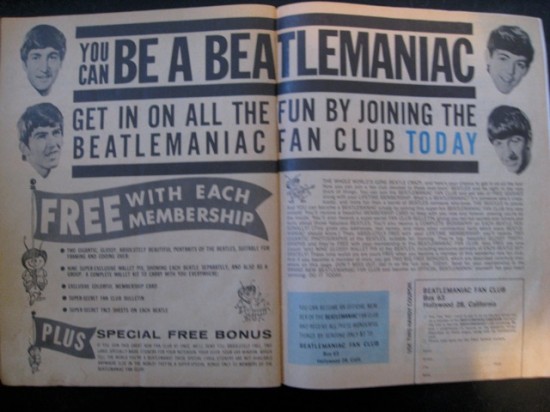