While in Devon, I spotted this outside an amusement arcade, it was such a gem , I wanted to take it home and care for it, rather than it being outside exposed to the British Rain. 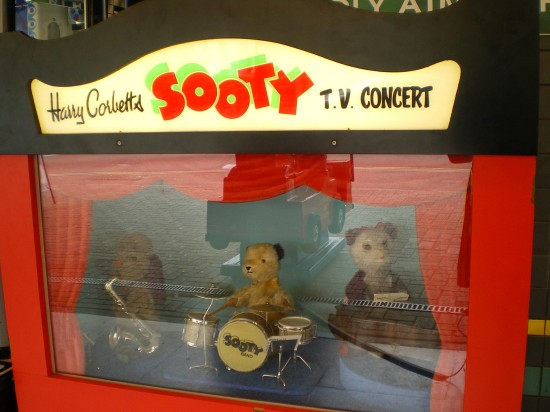 You could pop a coin in and they played their instruments. Unfortunately it was not working. 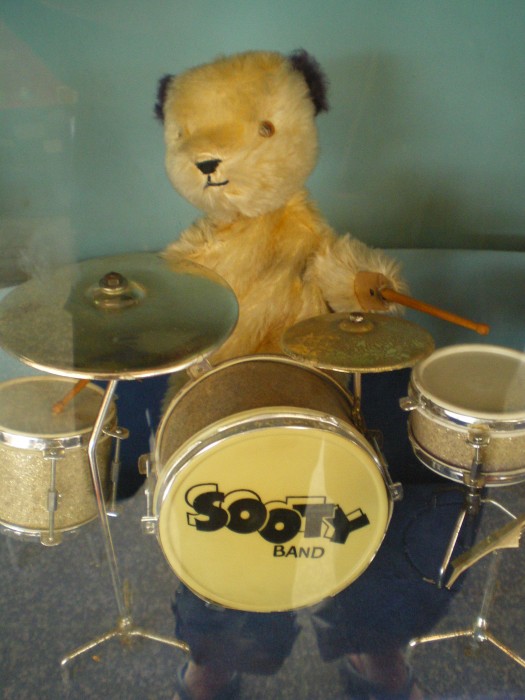 Sooty, a small yellow bear who is mute to the audience but can communicate with his operator by apparently whispering in his ear. He first appeared on screen on the BBC in 1952 on the BBC’s Talent Night.Sooty and friends were the creation of Harry Corbett. 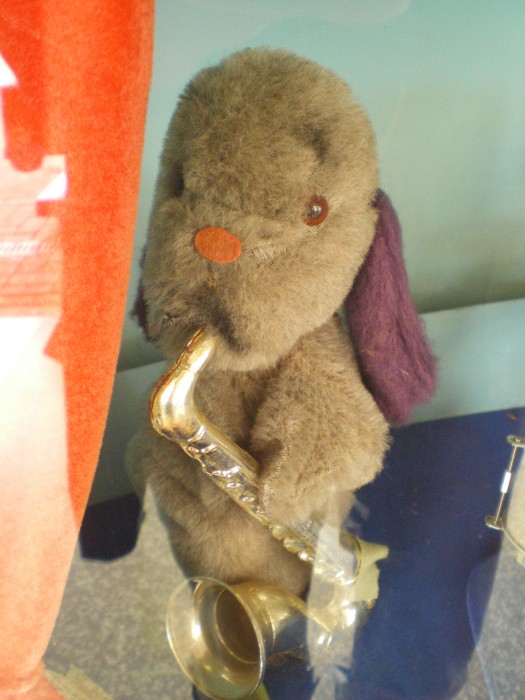 This is Sweep, who communicates by squeaking, and below is Soo a Panda who actually talks. 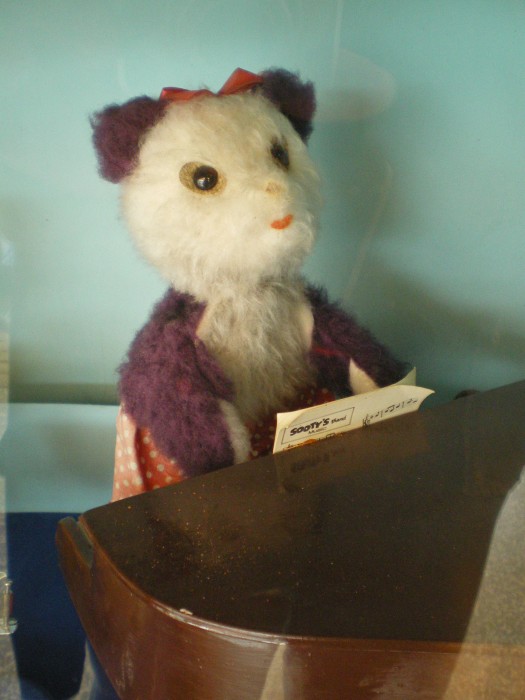 4 Responses to “Sooty ,Sweep and Soo”